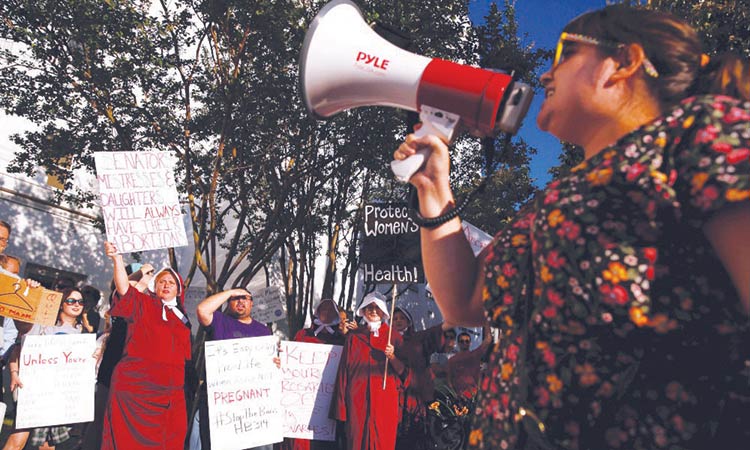 Pro-choice supporters protest in front of the Alabama State House in Montgomery on Tuesday. Reuters

Alabama legislators have given final approval to a ban on nearly all abortions, and if the Republican governor signs the measure, the state will have the strictest abortion law in the country.

The legislation would make performing an abortion a felony at any stage of pregnancy with almost no exceptions. The passage on Tuesday by a wide margin in the GOP-led Senate shifts the spotlight to Gov. Kay Ivey, a fixture in Alabama politics who’s long identified as anti-abortion.

Ivey has not said whether she’ll sign the bill. Sponsor Rep. Terri Collins says she expects the governor to support the ban. And the lopsided vote suggests a veto could be easily overcome. But an Ivey spokeswoman said before Tuesday’s vote that “the governor intends to withhold comment until she has had a chance to thoroughly review the final version of the bill that passed.” In Alabama and other conservative states, anti-abortion politicians and activists emboldened by the addition of conservative justices to the US Supreme Court hope to ignite legal fights and eventually overturn the landmark 1973 decision Roe v. Wade, putting an end to the constitutional right to abortion.

“Roe v. Wade has ended the lives of millions of children,” Alabama Republican Sen. Clyde Chambliss said in a statement. “While we cannot undo the damage that decades of legal precedence under Roe have caused, this bill has the opportunity to save the lives of millions of unborn children.” Democrats didn’t shy away from blasting their GOP counterparts.

The bill would make performing an abortion a felony punishable by up to 99 years or life in prison for the abortion provider. The only exception would be when the woman’s health is at serious risk. Under the bill, women seeking or undergoing abortions wouldn’t be punished.

Kentucky, Mississippi, Ohio and Georgia have approved bans on abortion once a fetal heartbeat is detected, which can occur in about the sixth week of pregnancy. The Alabama bill goes further by seeking to outlaw abortion outright.

Alabama senators rejected an attempt to add an exception for rape and incest. 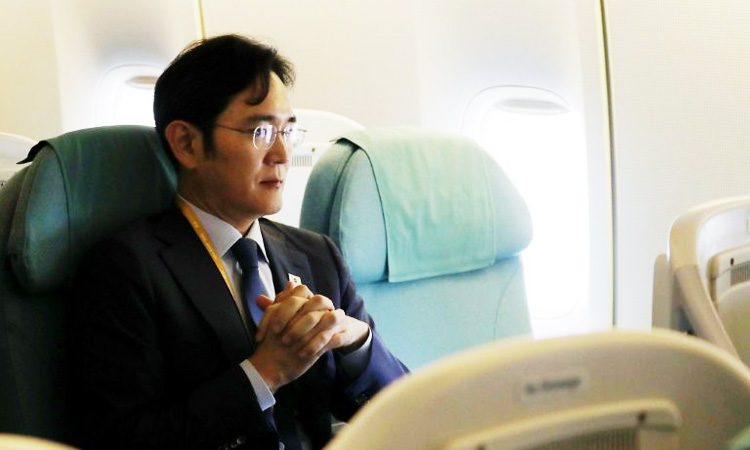 US ends visa-free entry for visitors to North Korea

The US allows citizens of 38 countries — including South Korea, Japan and France — to enter for up to 90 days without a visa under a waiver programme.