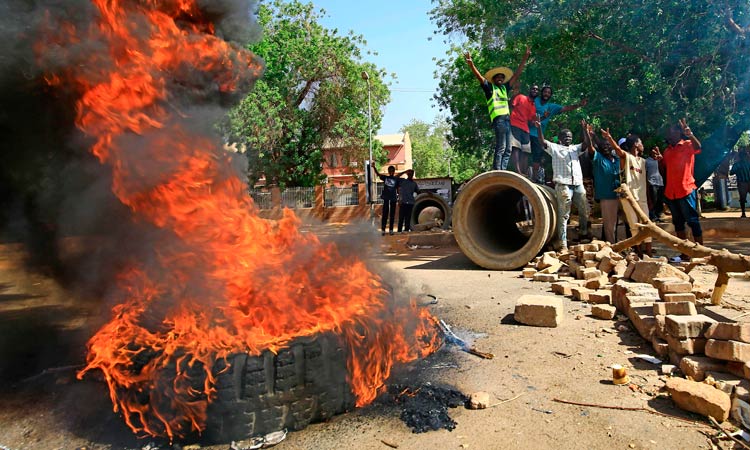 Five Sudanese protesters and an army major were shot dead on Monday in the capital, hours after protest leaders and the ruling generals reached a breakthrough agreement on transitional authorities to run the country.

Brother of Sudans Bashir not in detention: Army

The major and a protester were killed at a sit-in outside the army headquarters in Khartoum where thousands of protesters remain camped for weeks, demanding that the army generals who took power after ousting Bashir step down. 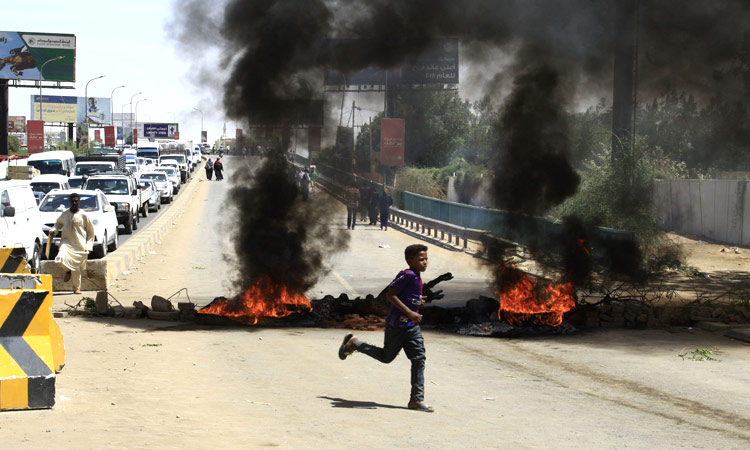 Tyres are pictured ablaze during a demonstration in Khartoum. Ebrahim Hamid/AFP

A doctors' committee linked to the protest movement later said four more protesters had been shot dead, but did not specify if they were actually killed at the sit-in.

The military council said in a late night press conference that it had "noticed some armed infiltrators among the protesters".

The umbrella protest movement the Alliance for Freedom and Change said Monday's violence was to "disturb the breakthrough in the negotiations" with army generals as it blamed the bloodshed on the former regime's militias.

"At today's meeting we agreed on the structure of the authorities and their powers.

Share
Taha Osman, a spokesman for the protest movement

Earlier on Monday, the generals and the protest movement said a breakthrough had been reached in their talks over handing of power to a civilian administration.

"At today's meeting we agreed on the structure of the authorities and their powers," Taha Osman, a spokesman for the protest movement, told AFP.

"The authorities are as follows -- the sovereign council, the cabinet and the legislative body," he said.

Osman said another meeting would be held on Tuesday "to discuss the period of transition and the composition of the authorities".

The military council confirmed an accord had been reached.

"We agreed on forming the transitional authority on all three levels -- the sovereign, the executive and the legislative," council spokesman Lieutenant General Shamseddine Kabbashi told reporters.

"Tomorrow we will continue to discuss the percentage of participation... and the transitional period."

The generals insist the transitional period should be two years, while protesters want it to be four years.

The crucial talks between the two sides follow a deadlock in negotiations.

The apparent breakthrough came as Sudan's acting prosecutor general Al-Waleed Sayyed Ahmed said Bashir "and others have been charged for inciting and participating in the killing of demonstrators".

An injured elderly man lies on a stretcher at the field hospital in Khartoum. Mohamed El Shahed/AFP

A Sudanese woman applies bandages to an injured man in Khartoum on Tuesday. Mohamed El Shahed/AFP

An injured elderly man lies on a stretcher at the field hospital in Khartoum. Mohamed El Shahed/AFP

The charges form part of an investigation into the death of a medic killed during a protest in the capital's eastern district of Burri, his office said in a statement.

The official death toll is 65.

Mass protests which drove Bashir from office on April 11 are still being held outside the army headquarters, vowing to force the military council to cede power.

Prior to Monday's talks, dozens of protesters blocked Nile Street, a major avenue in the city, for the second consecutive day, an AFP correspondent reported.

Pressing their demand for a handover to civilian rule, protesters also blocked a road leading to the capital's northern district of Bahari.

Three protesters were wounded by "live ammunition" when security personnel tried to dismantle blockades put by demonstrators in parts of the capital, the doctors' committee said.

"We reject using force against the civilians ... we are calling on the military council to take its responsibility in protecting the peaceful protesters," the Alliance for Freedom and Change said.

Following a deadlock in negotiations, the protest alliance on Saturday said the army generals had invited the movement for a new round of talks.

The generals in earlier talks had proposed the new council be led by the military, while the protest leaders want a majority civilian body.

"We agreed on forming the transitional authority on all three levels — the sovereign, the executive and the legislative.

But the generals pointed to what they call "many reservations" over the alliance's roadmap.

They have singled out its silence on the constitutional position of Islamic sharia law, which was the guiding principle of all legislation under Bashir's rule.

Days later the army ousted the veteran leader, but a 10-member military council took power and demonstrators have kept up their sit-in against the generals.

Although crowds have dwindled during the day due to the scorching heat, protesters gather in their thousands after breaking the daytime fast during the Muslim holy month of Ramadan. 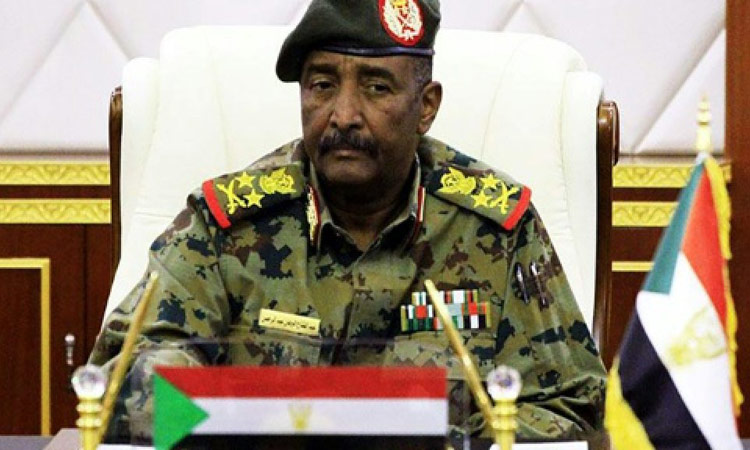 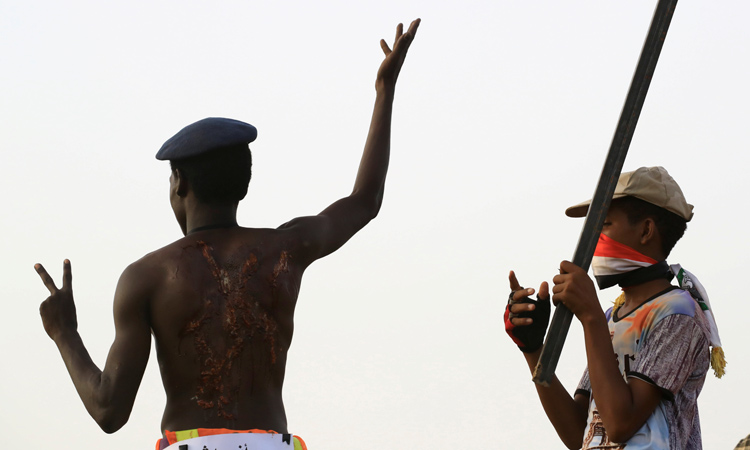