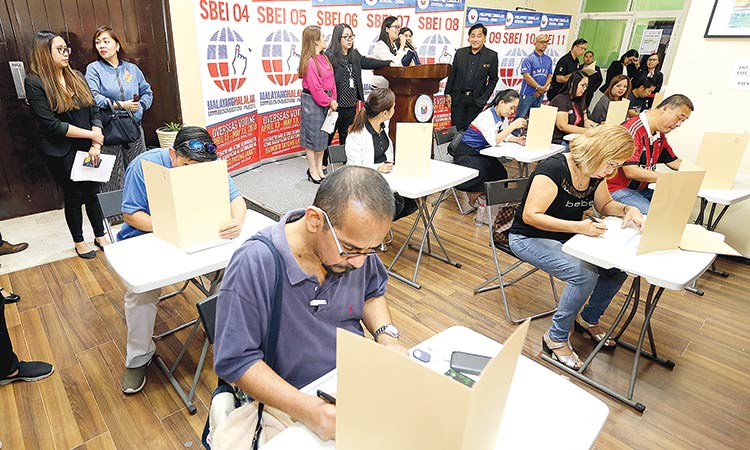 AUHPE released to Gulf Today records from the continuing counting of election results showing that as of early Tuesday morning, seven of the top 12 were administration candidates.

On Tuesday, Philippine Ambassador to the UAE Hjayceelyn Quintana said: “It was a smooth, peaceful, clean and orderly voting in all precincts both in Abu Dhabi and Dubai. Over-all, we can declare the elections a success.”

She commended all the deputized Filipino diplomatic mission staff who dispensed “their solemn duty” and oversaw the conduct of elections as well as all the volunteers “for their selfless service.”

“Considering that there were about 300,000 registered voters in the UAE, a lot of preparations were involved. They are, therefore the other heroes who made sure that the (automated voting counting) machines were used properly and all the rules were complied with.”

For her countrymen who went out of their way to cast their votes, she said: “Voting is a high act of patriotism that every Filipino can perform as a Filipino citizen. I am proud of all those who did not let the simple inconveniences get in the way in exercising that right so that every Filipino, wherever they may be, could participate in nation-building.”

She encouraged them to give their full support to whoever would be officially declared the winners by Manila’s election body, the Commission on Elections (Comelec).

“We should now unite behind those who have been elected and extend our full support to them so that together, we can build a bright future for our nation.”

Of the 109,130 registered Filipino voters from the Comelec Certified List of Voters in Abu Dhabi and the Western Region, 15,806 cast their votes.

“This reflects 14.48 per cent of the total number of registered voters. The figure reflects a 373.66 per cent increase of voters compared to the 2013 midterm elections figures for Abu Dhabi where only 3,337 voted,” said Quintana.

The canvassing of the certificates is done by the Board of Canvassers (BoC) appointed by the Comelec at the AUHPE. There is no canvassing in Dubai. The BoC in AUHPE will receive the election returns from the PCGDXB.

Quintana will personally deliver the consolidated CoCs to the Comelec headquarters in Manila “under the guidance of the Department of Foreign Affair-Overseas Voting Secretariat. 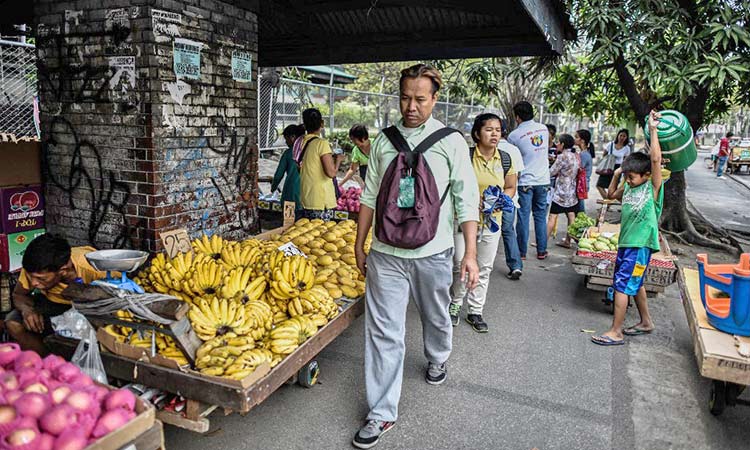