A cleaner in Abu Dhabi will be receiving a compensation of Dhs1.5million from a construction company, based on orders from Abu Dhabi Court of Cassation, after an iron from a building under construction fell on him.

The iron fence fell on the cleaner while he was coming back from work. He sustained multiple injuries, including an injured thoracic vertebrae and paralysis of the lower limbs.

Investigation revealed that the fence was not built according to safety standards. The court of First instance ordered the company to pay the worker Dhs3,000 compensation.

The Abu Dhabi Prosecution rejected the verdict and appealed for a 100 per cent disability compensation, alongside permanent life care compensation.

The Court of Appeal imposed a Dhs1.5 million fine on the company, alongside Dh200,000 for each of the seven injuries and Dhs100,000 for lifetime care.

The court called on the Ministry of Labour and the Department Of Economic Development to stop all transactions of the accused company until the victim gets paid. 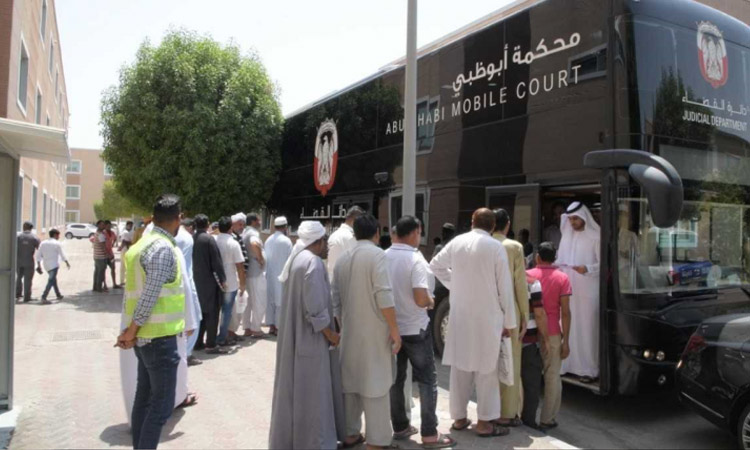 The court moved to the labour camp using ADJD Mobile Court and took all legal procedures from filing claims to issuing of judicial decisions on the dues of each worker separately with speedy enforcement, and the delivery of dues without the need for workers to approach the seat of the Court.