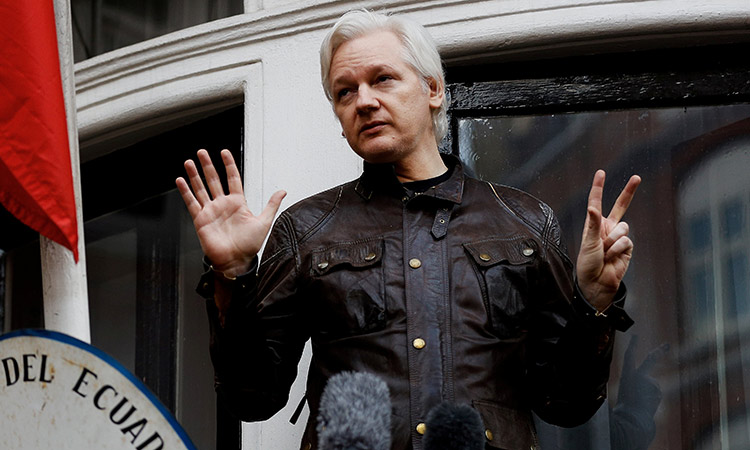 ounder Julian Assange is seen on the balcony of the Ecuadorian Embassy in London. File / Peter Nicholls / Reuters

Deputy Chief Prosecutor Eva-Marie Persson told a news conference she would continue and conclude a preliminary investigation that was dropped in 2017 without charges being brought because Assange had taken refuge in the Ecuadorean embassy in London.

Assange was arrested in Britain last month after spending seven years hiding inside the embassy.

The United States is also seeking his extradition on charges relating to the public release by Wikileaks of a huge cache of secret documents.

The Swedish prosecutor said it would request Assange be detained in his absence on probable cause for an allegation of rape and that it would issue a European arrest warrant - the process under which his extradition would be sought.

The 47-year-old Australian is currently in prison in London after being sentenced to 50 weeks behind bars last month for jumping bail when he fled to the Ecuadorean embassy.

The decision to reopen the investigation poses the question of whether Assange will be moved to the United States to face conspiracy charges for hacking into classified information or to Sweden.

"I am well aware of the fact that an extradition process is ongoing in the UK and that he could be extradited to the US," Persson said.

A British judge has given the US government a deadline of June 12 to outline its case against Assange.

The statute of limitation for rape in Sweden is 10 years - a deadline which would be reached in mid-August next year for the alleged incident involving Assange, leaving prosecutors pressed for time to file any formal charge.

Responding to the reopening of the Swedish investigation, WikiLeaks said it would give Assange a chance to clear his name.

"Since Julian Assange was arrested on 11 April 2019, there has been considerable political pressure on Sweden to reopen their investigation, but there has always been political pressure surrounding this case," Kristinn Hrafnsson, WikiLeaks' editor-in-chief, said in a statement.

"Its reopening will give Julian a chance to clear his name." If convicted in Sweden, Assange could face a prison sentence of up to four years. Per Samuelson, a Swedish lawyer for Assange, told public service broadcaster the decision to reopen the case was "embarrassing for Sweden".

The British courts will have to rule on any extradition request and Home Secretary Sajid Javid would decide which one takes precedence once Swedish prosecutors file theirs.

"In the event of a conflict between a European Arrest Warrant and a request for extradition from the US, UK authorities will decide on the order of priority," a Swedish prosecutor's statement said. 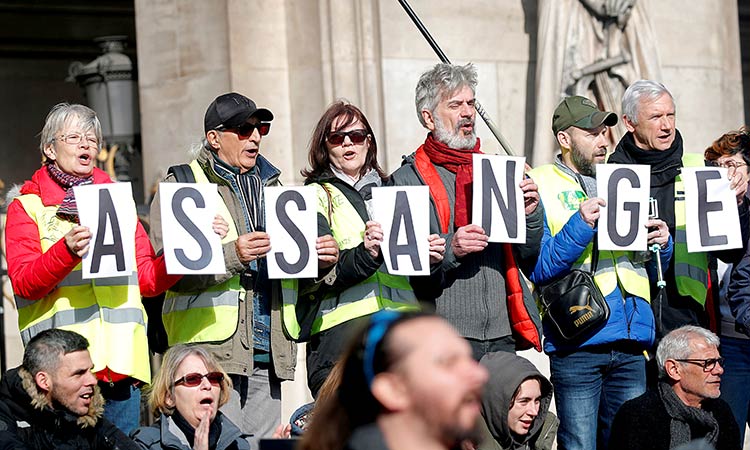