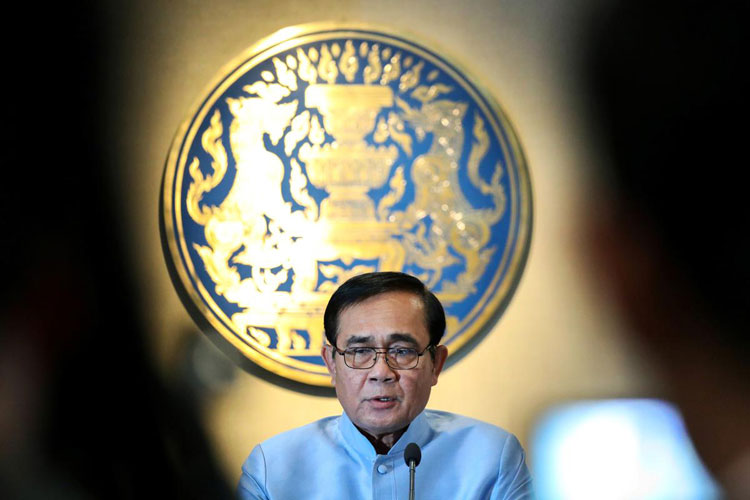 Eleven small Thai parties that each gained a parliamentary seat after a disputed electoral rule change will back the main pro-army party, leaders said on Monday, giving the ruling junta chief who launched a 2014 coup enough votes to stay in power.

The move came after the opposition Democratic Front accused the Election Commission of rigging the system to ensure a win for former army chief Prayuth Chan-ocha in the first election since the military seized power from an elected government.

Ponlamuang Thai Party leader Sampan Lertnuwat said his party and 10 more would join a coalition with Palang Pracharat, the party led by junta loyalists that nominated Prayuth as its prime ministerial candidate.

“After discussing among ourselves, we 11 members of parliament intend to raise our hands in support of Prayuth Chan-ocha,” Sampan told a news briefing.

“We also support Palang Pracharat to lead the formation of the next government.”

Palang Pracharat leader Uttama Savanayana appeared at the briefing to acknowledge the vow and take pictures with the parties’ leaders.

Uttama said the party was still working to court other parties to form a majority in the House.

However, it will still take weeks before a new government can be formed, because the junta has not finished appointing the 250-seat Senate that will vote, along with the elected House of Representatives, to choose the prime minister.

But the 11 votes of the small parties are likely to ensure Prayuth is the next prime minister.

His Palang Pracharat, which won 115 seats in the House, needs 126 to get to the 376 majority required in the combined House-Senate vote to approve the prime minister, assuming the junta-appointed Senate backs Prayuth as expected.

The Democratic Front of seven parties opposed to extension of military dominance in government won 245 seats.

Initial results of the March 24 vote show the Democratic Front, led by the Pheu Thai party loyal to ousted former Prime Minister Thaksin Shinawatra, expected to get 255 seats in the 500-seat elected House.

That would be not enough to overcome the Senate votes to choose the prime minister, but a majority in the lower chamber would allow the opposition to block legislation and deny the military party unfettered power.

However, the Election Commission announced soon after the preliminary results that it would use a new formula to allocate 150 “party seats” distributed according to the share of the nationwide popular vote secured.

The new formula gave one seat to each of 11 tiny parties that would not have qualified under the original formula, with most of them taken from the anti-military Future Forward Party, part of the opposition alliance.