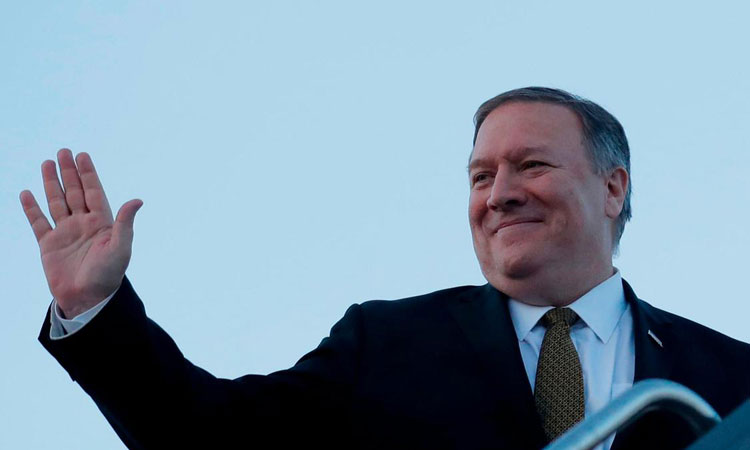 US Secretary of State Mike Pompeo is to visit Brussels on Monday to discuss “pressing matters” including Iran, a State Department official said on Sunday.

As a result, the top US diplomat is scrapping a stop expected on Monday in Moscow.

But he will still head to the Russian Black Sea resort of Sochi on Tuesday to meet President Vladimir Putin and Foreign Minister Sergei Lavrov, the official added just before Pompeo left Washington.

An EU Foreign Affairs Council meeting is scheduled in Brussels on Monday, but the State Department did not offer specific details of Pompeo’s revised agenda.

It simply said talks would be held with officials from France, the UK and Germany — the three European signatories to the 2015 Iran nuclear deal.

Iran announced on May 8, one year after the US withdrew from the deal, that it was suspending some of its commitments under the agreement.

President Hassan Rouhani issued an ultimatum to the Europeans, threatening that Iran would go further if they fail to deliver sanctions relief to counterbalance US President Donald Trump’s renewed assault on the Iranian economy within 60 days.

The European powers rejected that ultimatum.

The US has continued to build pressure on Iran, with Pompeo accusing Tehran of planning “imminent” attacks.

The Pentagon announced on Friday that it is deploying an amphibious assault ship and a Patriot missile battery to the Middle East to bolster an aircraft carrier force sent to counter alleged threats from Iran.

Pompeo has already canceled in recent days trips to Berlin and Greenland to focus on the Iran issue.

In Moscow, Pompeo had been due to lay a wreath at the Tomb of the Unknown Soldier dedicated to Soviet troops killed in World War II — an era when Moscow and Washington were allied.