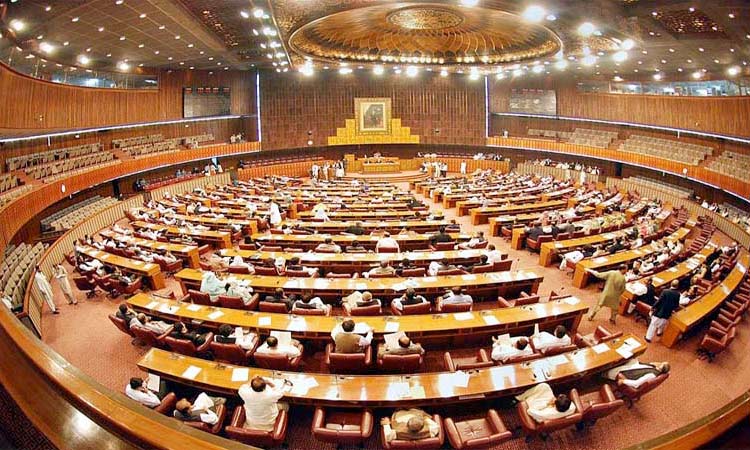 Introduced by lawmaker Mohsin Dawar of the Pushtoon Tahaffuz Movement (PTM), the bill was passed with 278 votes and after comments from representatives of all parties. No lawmaker opposed it.

The Pakistan Tehrik-e-Insaf (PTI), Pakistan Muslim League-Nawaz (PML-N) and Pakistan Peoples Party (PPP) voted for the bill, which will now be sent to the Senate for approval.

The bill seeks increase of tribal districts’ seats in the KP assembly from 16 to 24. However, the tribal region’s seats in the National Assembly, 9, will remain the same.

“I am very happy that the entire House has supported this constitutional amendment. The bill will give the people of the erstwhile tribal areas that they are important to us and their voice will always be heard in Pakistan,” he said.

“I urge all provinces to give three per cent from their National Finance Commission [NFC] award share for the development of the tribal areas. I know it’s a difficult task given the current economic situation but it is essential because the damages incurred due to the war on terror have been immense.”

The prime minister said such moves were essential to ensure there was no feeling of alienation anywhere in Pakistan. “East Pakistan was separated because the people felt a lack of inclusion and representation. No one today should feel that they are not valued in Pakistan and that we do not see them as our own. This feeling has been and is being exploited by our enemies.”

“We must now ensure that our development efforts are inclusive; areas that lag behind must be brought to the same level as the rest of the country. No region or people should feel they are not part of Pakistan. This bill tells the people of the tribal areas that they are as Pakistani as us all,” Imran Khan said. Meanwhile, the Senate passed two resolutions including extension in Prime Minister’s Scholarship Programme for the students of Balochistan and the government should retain the headquarters of Pakistan International Airlines (PIA) in Karachi rather than relocating it to Islamabad.

that the scholarship programme was launched in 2011 for the talented students of Balochistan. Under the programme, five grade-7 students including one boy and four girls each from all districts of Balochistan were selected for enrolling in best institutions of the country, he said.

The House also adopted another resolution that the government should retain the headquarters of PIA in Karachi rather than relocating it to Islamabad with majority vote. Earlier during the day, the opposition has rejected a deal that the government struck with the International Monetary Fund (IMF) for a bailout package for about $6 billion over the next 39 months to meet foreign debt obligations.

Pakistan Muslim League-Nawaz (PML-N) spokeswoman Marriyum Aurangzeb said the “deal of IMF with the IMF” has been successful and now an inflation bomb will be dropped on the people of Pakistan. Imran Khan, you handed over Pakistan to the IMF for just $6 billion.”

She reminded the prime minister of her declaration made during his opposition days that he would prefer committing suicide than going to the IMF begging for loan.

“It seems that a tsunami of inflation will emerge out of the IMF bailout package,” said PPP Senator Sherry Rehman and hoped that the ‘tsunami’ will not make the people slaves of the IMF.

Jamaat-e-Islami (JI) Ameer Senator Sirajul Haq said the government has bowed down to the IMF’s condition of imposing more taxes. “The people of Pakistan will become the IMF’s slaves after the agreement while it will also increase the gas, electricity and oil prices.”

Led by its Washington-based mission chief Ernesto Rigo, an IMF team visited Islamabad from April 28 to May 11. The visit was originally scheduled to end on May 10, however, Rigo stayed in Pakistan for one more day to conclude the deal.