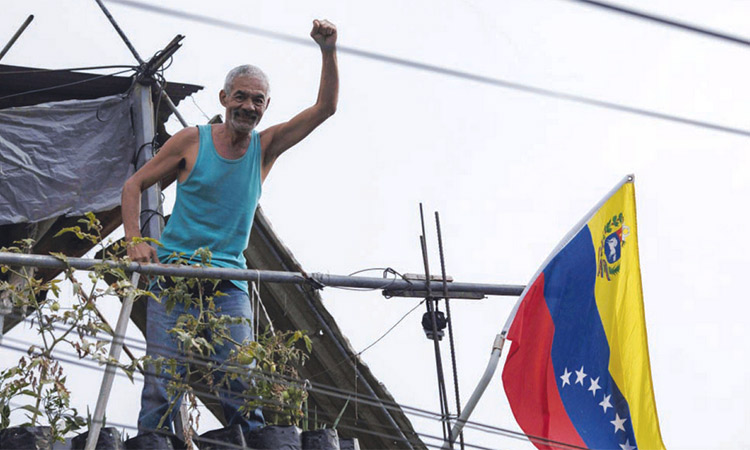 A man holds up his fist to show support for President Nicolas Maduro in Caracas on Sunday. Associated Press

A Venezuelan general called on the country’s armed forces on Sunday to rise up against President Nicolas Maduro, who has relied on the backing of the military to hold on to power despite an economic collapse.

Ramon Rangel, who identified himself as an air force general, said the Venezuelan government is being controlled by the “communist dictatorship” in Cuba - a key Maduro ally.

“We have to find a way to get rid of the fear, to go out into the streets, to protest, and to seek a military union to change this political system,” Rangel, dressed in a suit with a copy of the constitution in his hand, said in a video posted on YouTube. “It’s time to rise up.”

While Rangel’s pronouncement marks another blow to Maduro after a handful of similar defections by senior officers this year, there is little to indicate that he will tip the scales.

Officers who have disavowed Maduro have fled the country and the military top brass - most notably those who command troops - continues to recognise Maduro.

The information ministry did not respond immediately to a request for comment. Reuters was also unable to obtain comment from Rangel.

Air Force Commander Pedro Juliac posted a picture of Rangel on Twitter on Sunday with the words “traitor to the Venezuelan people and the revolution” printed across the image.

Rangel was an active military officer who fled to Colombia last month, according to a source close to Venezuela’s military who asked not to be identified. Unlike other officers who have made similar pronouncements, Rangel did not voice support for Juan Guaido - the opposition leader who invoked the constitution in January to assume the interim presidency, arguing that Maduro’s 2018 re-election was a fraud.

Guaido and a group of soldiers called on the armed forces on April 30 to turn on Maduro, but the military never joined and the uprising collapsed. The government called the event a coup attempt and accused a group of 10 opposition legislators of treason for joining rallies that day.

Venezuela is suffering a hyper inflationary collapse that has fueled a migration exodus of some 3.5 million people in the past three years.

Guaido said on Saturday he has asked his envoy to the United States to meet with Pentagon officials to “co-operate” on a solution to the South American country’s political crisis.

“We have instructed our ambassador Carlos Vecchio to meet immediately... with the Southern Command and its admiral to establish a direct relationship,” Guaido said at a rally in Caracas on Saturday. “We have said from the beginning that we will use all the resources at our disposal to build pressure.”

Venezuela’s Information Ministry did not immediately respond to a request for comment. Defense Minister Vladimir Padrino separately said on Saturday that a US Coast Guard ship had entered Venezuelan territorial waters, which he said “we will not accept.” 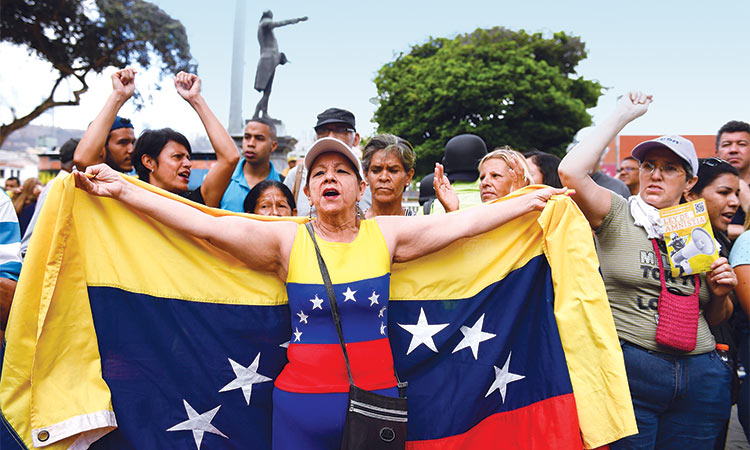 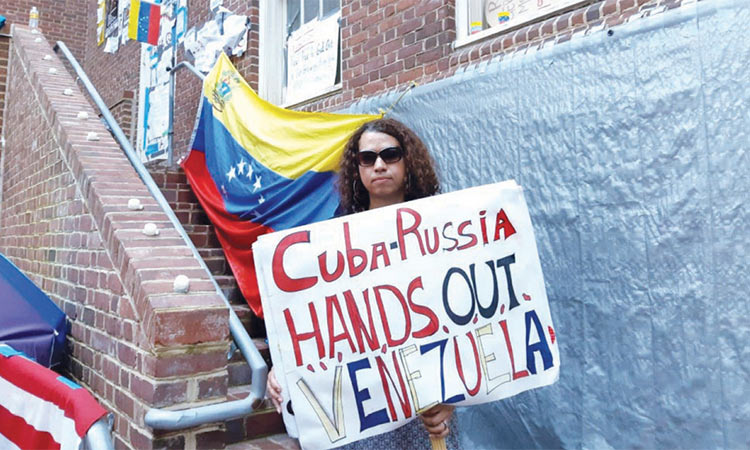