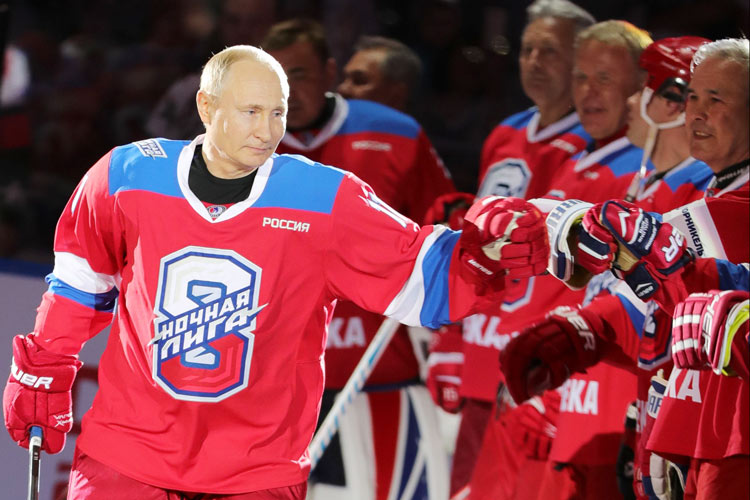 Russian President Vladimir Putin hit the ice on Friday in a hockey game in which he showed off his puck-handling skills and scored eight goals -- a display that reinforced his image as a man of action.

Skating alongside Defence Minister Sergei Shoigu and Russian hockey greats such as Pavel Bure and Igor Larionov, Putin helped his side to an emphatic 14-7 win in the Night Hockey League.

Playing centre forward, Putin was provided with plenty of scoring opportunities by his linemates and was met with little resistance by the opposing team's defence.

After opening the scoring unassisted by beating the goaltender 2 minutes into the game, the 66-year-old added seven more goals, making him the top scorer.