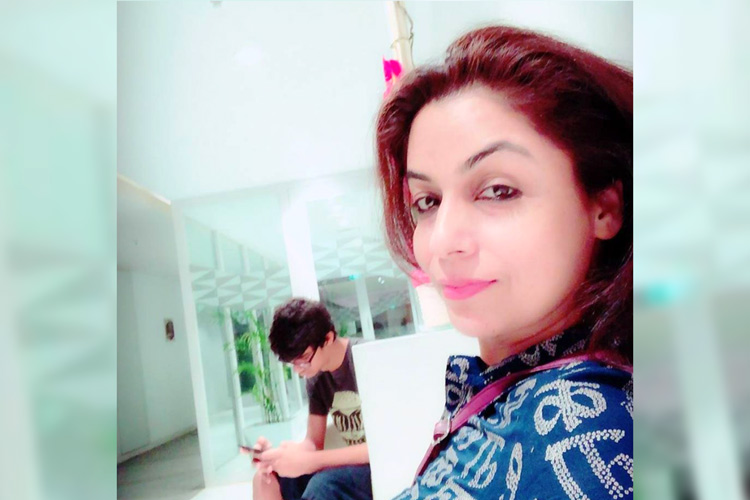 While most Asian parents are stressing out and pressurising their children to score the highest marks possible in their exams, here’s a mother who is more accepting of her son’s abilities and encourages him to do his best rather than to be the best.

She said on Facebook, “Super proud of my boy who scored a 60% in Class 10 board exams. Yes it is not a 90, but that doesn't change how I feel. Simply because I have seen him struggle with certain subjects almost to the point of giving up, and then deciding to give his all in the last month-and-a-half to finally make it through! Here's to you. And others like you — fishes asked to climb trees. Chart your own course in the big, wide ocean, my love. And keep your innate goodness, curiosity and wisdom alive. And of course, your wicked sense of humour!”

She expressed her pride regarding her son`s tremendous effort to score how much he did.

Vandana shared a picture with her son with the post.

In a few lines she tells her son to continue doing his best at what he does and that there`s a lot more to achieve in life than just scoring the highest mark.

The post went viral in a couple of hours after it was shared by her.

Thousands shared the post and approved of her wise way of dealing with her son and his achievements.

Vandana said, “Didn't realise that the post will go this far. But glad that it has. Let's keep the conversation going, and help shift the needle.”

“This is not a rich versus poor issue. I think it is important for me to address this. Some parents have said I can take this stand because I am rich and my son can get a job in my companies. What about the rest who have to face the 95%+ college cut-offs? Very valid question…,” she added.

Vandana shared another post asking, “Also, I have a request, especially to the media. While my son was ok with me sharing this post on my wall, neither of us had imagined the way it has spread. This sudden spotlight is unnerving for a 15-year old. Request you to please remove his photograph and name from your articles. Thank you.”