US-China talks break up with no deal - GulfToday 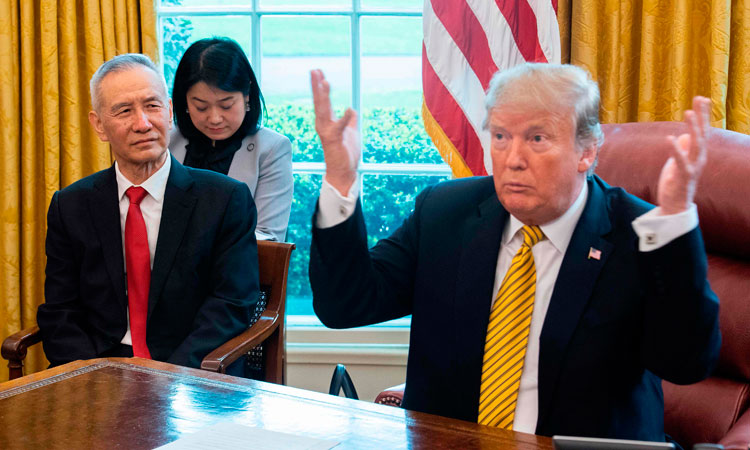 US President Donald Trump (right) speaks during a trade meeting with Liu He in Washington. File photo/AFP

Trade talks between the US and China broke up on Friday with no agreement, hours after President Donald Trump more than doubled Tariffs on $200 billion in Chinese imports.

Trump asserted on Twitter that there was "no need to rush" to get a deal between the world's two biggest economies and later added that the Tariffs "may or may not be removed depending on what happens with respect to future negotiations."

Hours earlier, the Trump administration hiked Tariffs on $200 billion worth of Chinese imports to 25% from 10%, escalating tensions between Beijing and Washington. China's Commerce Ministry vowed to impose "necessary countermeasures" but gave no details. 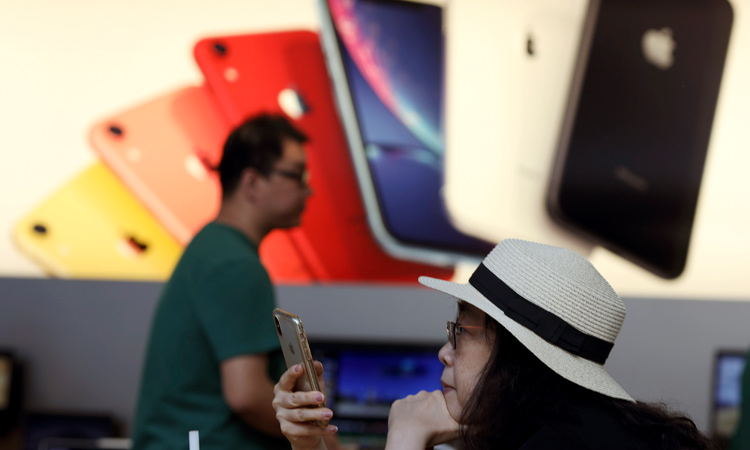 A customer looks at her iPhone in a store of US tech company Apple in Beijing on Friday.

The tariff increase went ahead even after American and Chinese negotiators briefly met in Washington on Thursday and again on Friday, seeking to end a dispute that has disrupted billions of dollars in trade and shaken global financial markets. After a short session on Friday, the lead Chinese negotiator, Vice Premier Liu He, left the Office of the US Trade Representative about midday. US Trade Representative Robert Lighthizer and Treasury Secretary Steven Mnuchin shook hands with Liu as he left.

In the afternoon, a motorcade of sport-utility vehicles and a police escort, both with lights flashing, carried the Chinese delegation away from their lodgings at the Willard InterContinental Hotel.

Hu Xijin, editor-in-chief of the Chinese newspaper Global Times, citing "an authoritative source," tweeted that "talks didn't break down. Both sides think that the talks are constructive and will continue consultations. The two sides agree to meet again in Beijing in the future."

"Tariffs will bring in far more wealth to our country than even a phenomenal deal of the traditional kind. Also, much easier and quicker to do.

In an interview with reporters later in the day, Vice Premier Liu He said: "We will make no concessions on matters of principle."

The Trump administration escalated the confrontation again after the Chinese delegation left town. Lighthizer announced Friday evening that he was preparing to impose Tariffs on the $300 billion in Chinese imports that haven't already been targeted. The government will have to get public comment before it can target more Chinese goods.

Earlier, Trump asserted in a tweet that his Tariffs "will bring in FAR MORE wealth to our Country than even a phenomenal deal of the traditional kind. Also, much easier & quicker to do."

In fact, Tariffs are taxes paid by US importers and often passed along to consumers and companies that rely on imported components.

American officials accuse Beijing of backtracking on commitments made in earlier rounds of negotiations. "China deeply regrets that it will have to take necessary countermeasures," a Commerce Ministry statement said.

US business groups appealed for a settlement that will resolve chronic complaints about Chinese market barriers, subsidies to state companies and a regulatory system they say is rigged against foreign companies.

Workers from the world's largest maker of folding bicycles assemble the bicycle wheels in Shenzhen, China.

A container ship unloads its cargo at the main port terminal in Long Beach, California, on Friday. Mark Ralston/AFP

This photo shows soybeans being unloaded at the port in Nantong, China. AFP

A factory worker assembles the case of an air conditioner at a Haier factory in Jiaozhou, China.

The latest increase extends 25% duties to a total of $250 billion of Chinese imports, including $50 billion worth that were already being taxed at 25%. Trump has said he is planning to expand penalties to all Chinese goods shipped to the United States.

Beijing retaliated for previous tariff hikes by raising duties on $110 billion of American imports. But regulators are running out of US goods for penalties due to the lopsided trade balance.

Ford spokeswoman Rachel McCleery said the carmaker is most concerned about any retaliatory Tariffs China might impose.

The Dearborn, Michigan-based company says 80% of the vehicles it assembles in the US are sold domestically, but it does export some vehicles to China.

"While most of the vehicles we sell in China are built in China, Ford does export a number of vehicles to China from the US," McCleery said. "Our biggest concerns are impacts retaliatory Tariffs would have on our exports and our expanding customer base in China."

Chinese officials have targeted operations of American companies in China by slowing customs clearance for them and stepping up regulatory scrutiny that can hamper operations.

“We will make no concessions on matters of principle. Came with sincerity. We should not hurt innocent people.

The latest US increase might hit American consumers harder, said Jake Parker, vice president of the US-China Business Council, an industry group. He said the earlier 10% increase was absorbed by companies and offset by a weakening of the Chinese currency's exchange rate.

A 25% hike "needs to be passed on to the consumer," Parker said. "It is just too big to dilute with those other factors."

Despite the public acrimony, local Chinese officials who want to attract American investment have tried to reassure companies there is "minimal retaliation," he said. "We've actually seen an increased sensitivity to US companies at the local level," he added.

The higher US import taxes don't apply to Chinese goods shipped before Friday. Shipments take about three weeks to cross the Pacific Ocean by sea, giving negotiators more time to reach a settlement before importers may have to pay the increased charges.

Liu, speaking to Chinese state TV upon his arrival Thursday in Washington, said he "came with sincerity." He appealed to Washington to avoid more tariff hikes, saying they are "not a solution" and would harm the world.

"We should not hurt innocent people," Liu told CCTV. 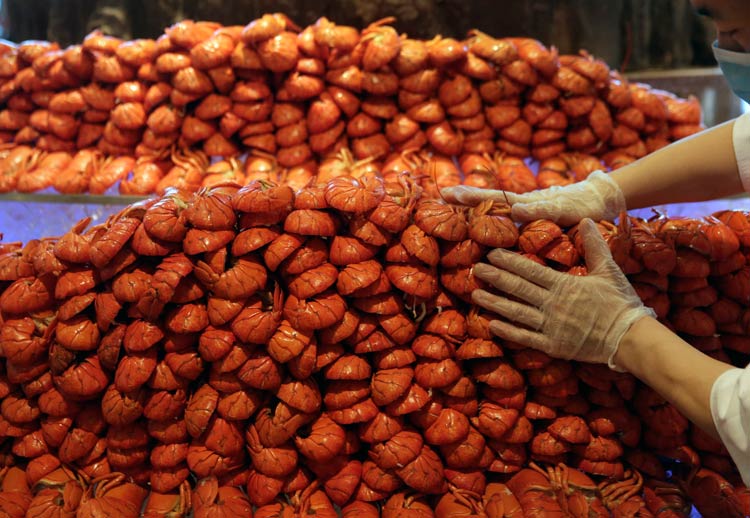 The latest round of China tariff hikes which went into effect from May 10.

Also Thursday, Trump said he received "a beautiful letter" from Chinese President Xi Jinping and would "probably speak to him by phone."

The two countries are sparring over US allegations Beijing steals technology and pressures companies to hand over trade secrets in a campaign to turn Chinese companies into world leaders in robotics, electric cars and other advanced industries.

This week's setback was unexpected. Through late last week, Trump administration officials were suggesting that negotiators were making steady progress.

US officials say they got an inkling of China's second thoughts about prior commitments in talks last week in Beijing but the backsliding became more apparent in exchanges over the weekend. They wouldn't identify the specific issues involved.

A sticking point is US insistence on an enforcement mechanism with penalties to ensure Beijing lives up to its commitments. American officials say China has repeatedly broken past promises.

China wants Tariffs lifted as soon as an agreement is reached, while US officials want to keep them as leverage to ensure compliance.

"A real enforcement mechanism is critical," the American Chamber of Commerce in Shanghai said in a statement. 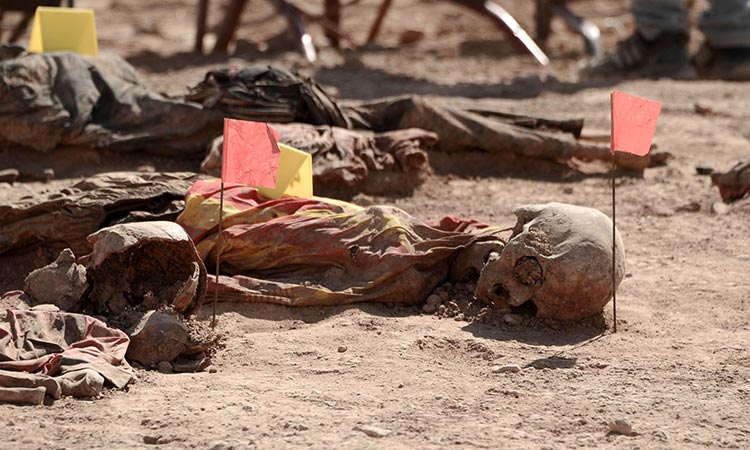 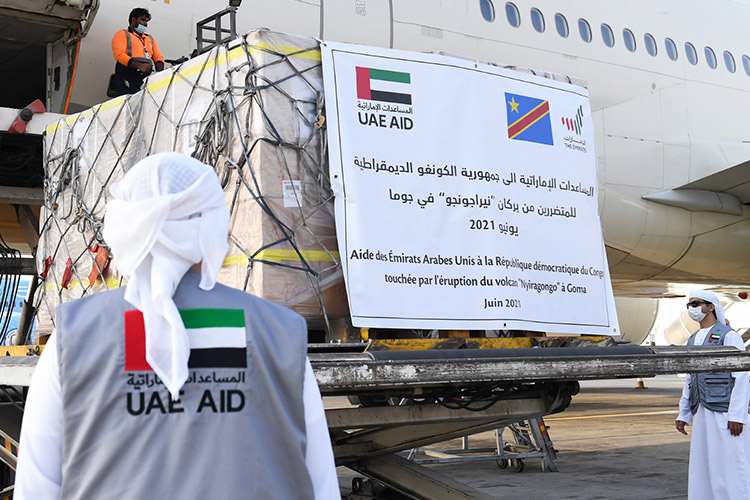