Modi is like a new bride who makes less 'rotis' but more noise: Sidhu - GulfToday 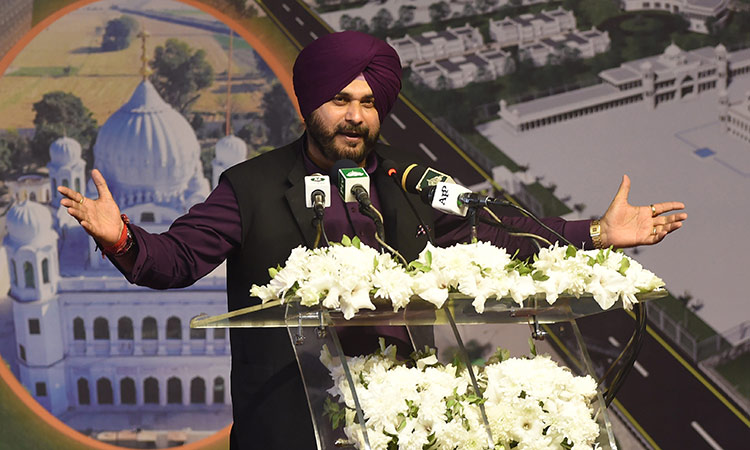 Addressing an election rally in Indore, Sidhu said the Congress was the party of Maulana Abul Kalam Azad and Mahatma Gandhi which fought for the Independence of India from British rule, and urged the people to save the country by voting the BJP out of power.

"They (Azad and Gandhi) gave us freedom from the white and the people of Indore will free this country from the 'Kale Angrez'," Sidhu said.

Sharpening his attack on Modi, the Congress leader said: "Modiji is like that bride who makes less 'rotis' (bread) and more noise so that the neighbourhood thinks that she is working. This is exactly what has happened in the Narendra Modi government."

Hitting back at the opposition party, the BJP said that Sidhu's utterances were an insult to the nation, which reflected the "racist" and "sexist" mindset of the Congress.

"Sidhu has exposed the mindset of the Congress by calling Hindustanis 'Kale Angrez'. Modi may not be fair, but he has a big heart and takes care of the poor. People love him," Patra said, quoting a famous Bollywood song, "Hum kale hain toh kya hua dilwale hain."

The BJP leader further said that the Congress should not be arrogant of its "Italian colour".

"This Italian colour too will fade away on May 23," he said, adding that this was new India where women didn't just exist to make bread at home, but to carry the country forward.

Terming Sidhu's remarks as height of sycophancy, Patra said the Punjab Minister seemed to be okay with the colour of Warren Anderson, Ottavio Quattrocchi and Christen Michel, but Modi looked like a "Kala Angrez" to him.