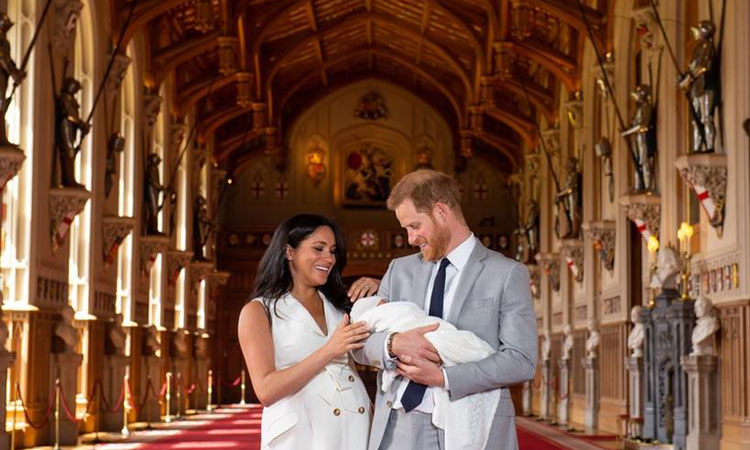 Britain's Prince Harry and Meghan, Duchess of Sussex are seen with their baby son, who was born on Monday morning, during a photocall in St George’s Hall at Windsor Castle, in Berkshire, Britain on Wednesday. Dominic Lipinski/Reuters

“It’s a royal flush - what are the chances?” Jo Stafford, who lives in Otago in the southeastern region on New Zealand’s South Island, told the Otago Daily Times.

“First, Prince George came along, then Princess Charlotte - which we thought was just a coincidence. But now Archie ... “ she said.

She said she was inundated with messages from her friends when they heard the news of the royal baby’s name.

Reuters could not independently verify the report.

Prince Harry and his wife Meghan announced on Wednesday they had named their newborn son, the seventh-in-line to the British throne, Archie.

Clooney hopes media will be 'kinder' to Meghan the mom

"If you're a royal, that's what you have to do," he said. "It's the other versions of it: Going to interview people's parents, that kind of stuff. It starts to step into a really dark place." 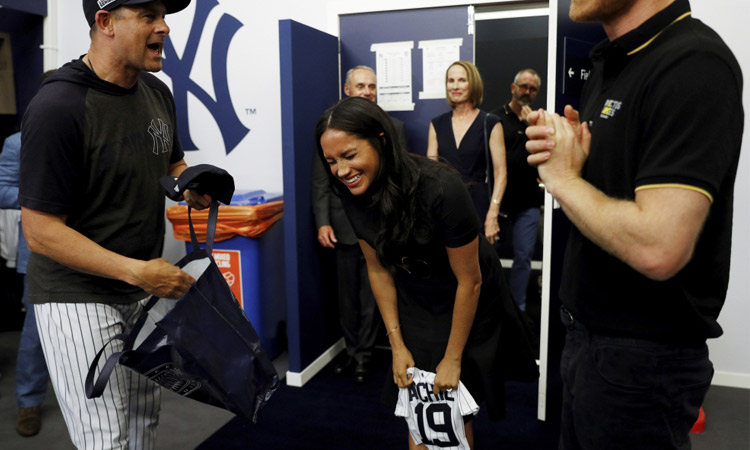 Prince Harry and his wife Meghan were presented with a mini New York Yankees uniform for their baby son Archie when they attended Major League Baseball's historic first game in London on Saturday.