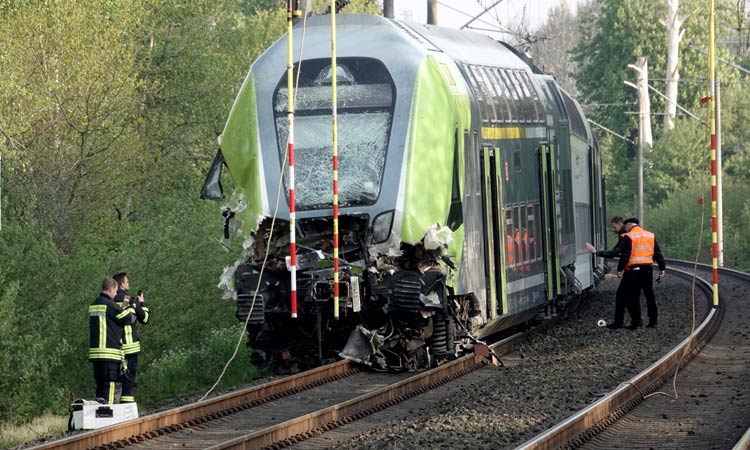 Firefighters stand next to a demolished regional train near Alt Duvenstedt. Carsten Rehder/AFP

A passenger train slammed into a lorry that became stranded on a rail line in northern Germany on Wednesday, injuring at least eight people, two of them seriously, police said.

One of the injured was flown by helicopter to hospital in the port city of Kiel.

The accident happened when the cab of the articulated lorry, towing 70 tonnes of heavy equipment, became stranded at the level crossing. The driver jumped clear before the crash, police told news agency DPA. 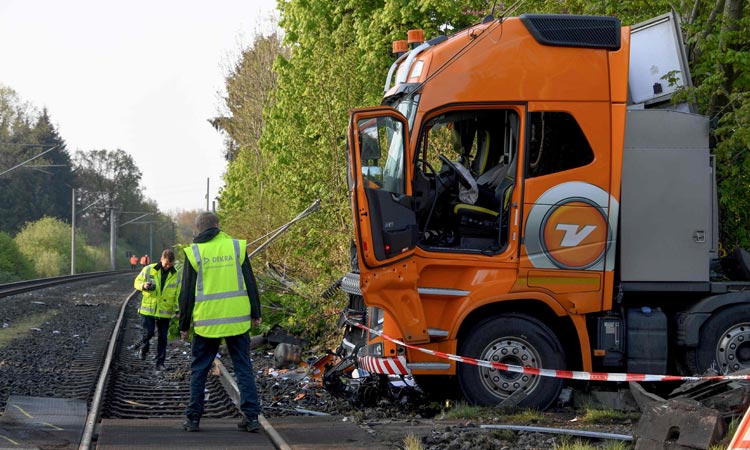 Firefighters stand next to a demolished articulated lorry in Alt Duvenstedt. Carsten Rehder/AFP

Police said it was unclear why the truck became stuck at the crossing.

The impact badly damaged the front of the train, which was lifted off the tracks.

Rail travel between Flensburg and Hamburg is expected to be severely disrupted for most of Wednesday, police said, because of damage to overhead lines and the tracks.

"A special train from (national rail operator) Deutsche Bahn is coming to get the train that crashed back on the rails," a police spokesman told daily Bild.

"But the track where the accident happened will remain closed for hours because the rail bed has been affected."

Last October, around 16 people were injured in a similar accident between a regional train and an articulated lorry in Sipplingen, near Lake Constance, southern Germany. 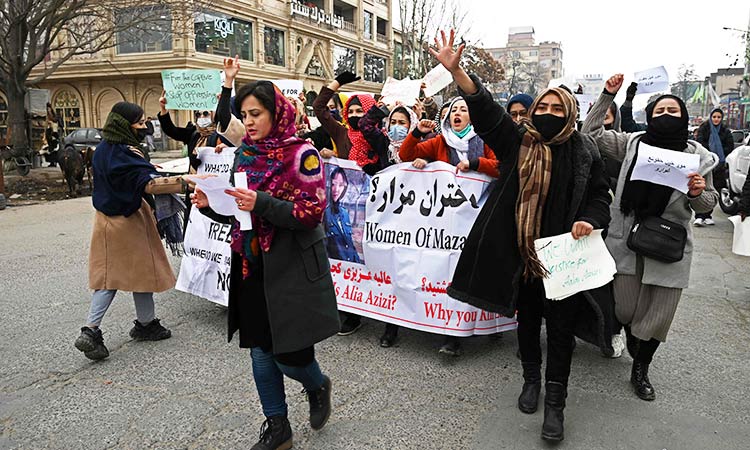