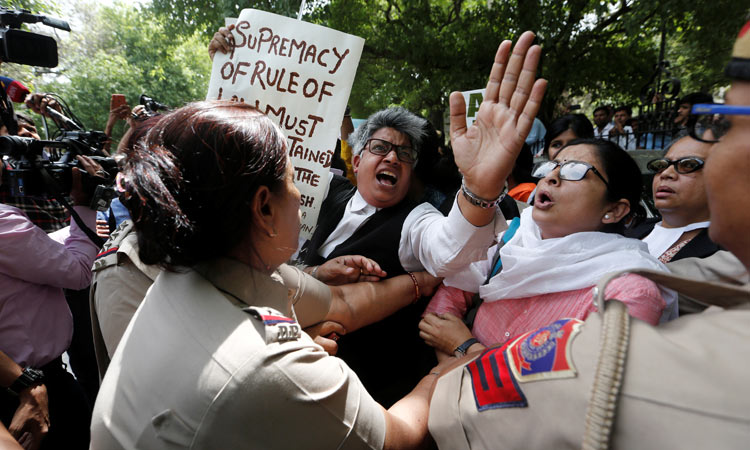 A policewoman detains a demonstrator during a protest against the Chief Justice of India in Delhi. Adnan Abidi/Reuters

Dozens of protesters gathered outside India's Supreme Court on Tuesday, a day after a panel of judges dismissed a sexual harassment complaint against the chief justice, carrying placards demanding a new and impartial investigation.

Gogoi has denied the charges and an internal panel of judges cleared him of wrongdoing, a court statement said on Monday.

But protesters gathered on a street in the Indian capital said they were not satisfied with the decision.

"Transparent and fair due process is a must," read one of the placards, while another read, "Supreme injustice".

Security was strengthened outside the court, with dozens of paramilitary police and trucks carrying water cannons deployed in the area.

Police quickly dispersed the crowd and most protesters were taken away in police vans soon after they gathered. 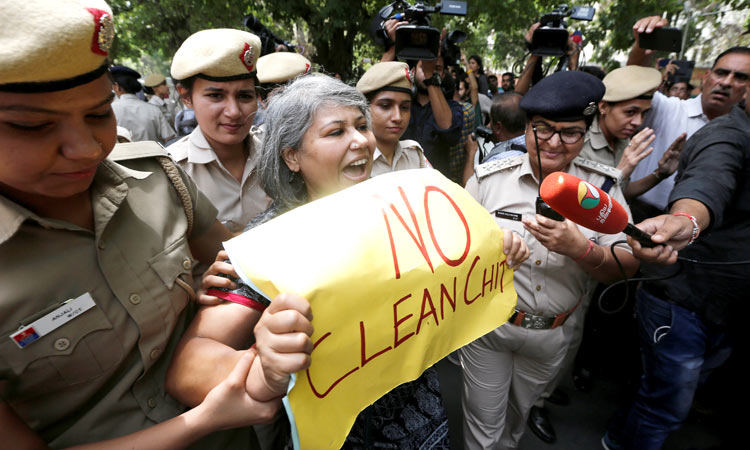 Police officers detain a demonstrator during a protest against the Chief Justice of India. Adnan Abidi/Reuters

"We were not allowed to protest even for five minutes!" lawyer Amritananda Chakravorty said in a Twitter message. A journalist, Gaurav Sarkar, added that he had been "chucked" into a police van for covering the protest.

Police at the site said it was illegal to hold demonstrations at the Supreme Court.

In her complaint filed to the court last month the 35-year-old woman accused Gogoi of harassing her when she worked in an office at his home last year, saying she and her family were victimised after she spurned his advances.

Last week, the woman, whose identity has been withheld, withdrew from proceedings of the three-member panel of judges investigating the case, saying she did not expect justice from it.

Gogoi has called the allegations part of a wider conspiracy to taint India’s judiciary, without elaborating.

His accuser said the findings of the judges' panel had not been revealed to her, and she felt it had done her injustice, adding that she was scared.

In a statement on Tuesday, a group of 350 women's rights activists and civil society members called for a fresh inquiry into the accusations.

"This case has exposed the urgent need for just, transparent and fair procedures to be laid down as soon as possible...what is at stake is not just the rights of women, but also the credibility of the Supreme Court," they said. 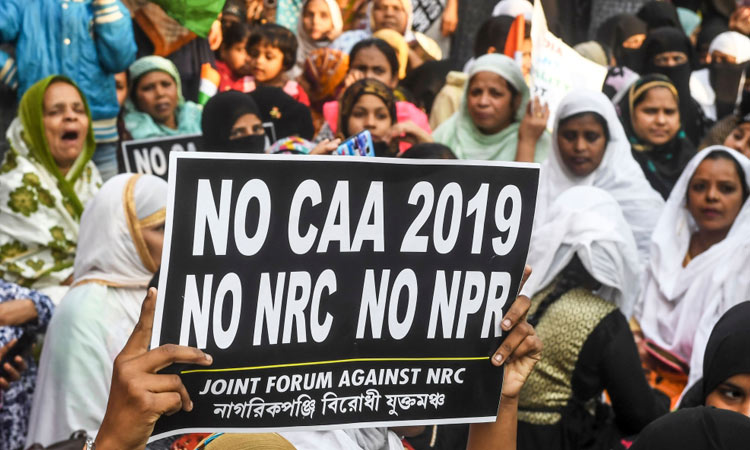 A bench headed by Chief Justice S.A. Bobde also indicated the probability of constituting a Constitution Bench to take up the matter on the next date of hearing.