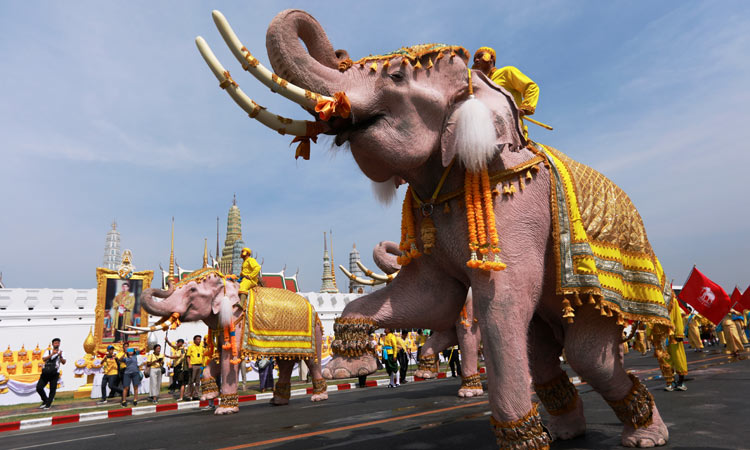 Many among the crowd of enthusiastic onlookers held portraits of the king. 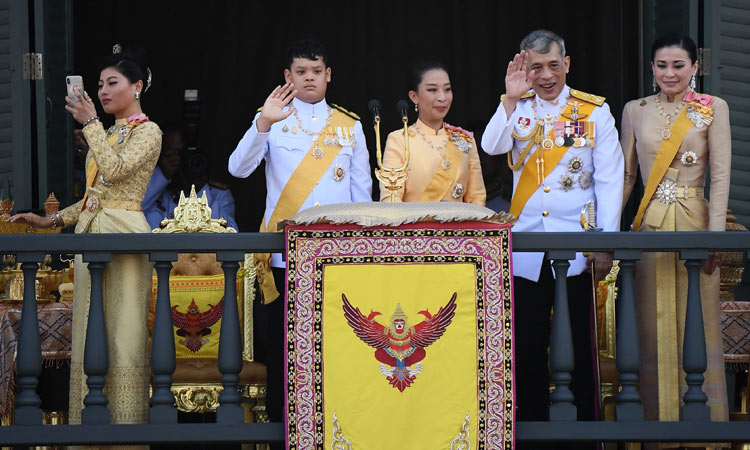 "The elephant is a symbol of the monarch, a symbol of battles, as well as a symbol of peace and serenity," said Bangkok resident Panarat Panchuer, 61.

No elephants participated in the official coronation ceremonies, although the king to be presented with a white elephant, a gift that is considered especially auspicious, some time later.

The three-day ceremonies started on Saturday, after a long period of official mourning for the king's revered father, who died in October 2016 having reigned for 70 years. 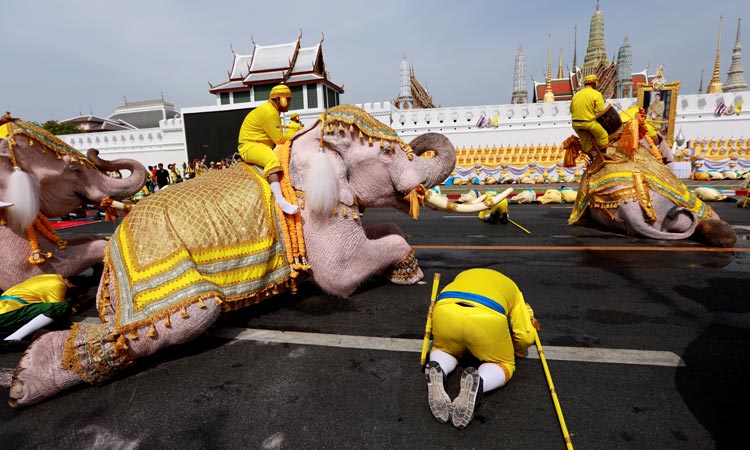 Laithongrien Meepan, the owner of Ayutthaya's Elephant Kraal and Village, said he was pleased the elephants managed to stay calm on Tuesday despite the bustling crowd and the heat.

"We're here full of happiness and overwhelmed," he said.

A non-toxic, water-based paint mixed with powder was used to create the appearance of a white elephant without harming the animals, the Kraal centre said. 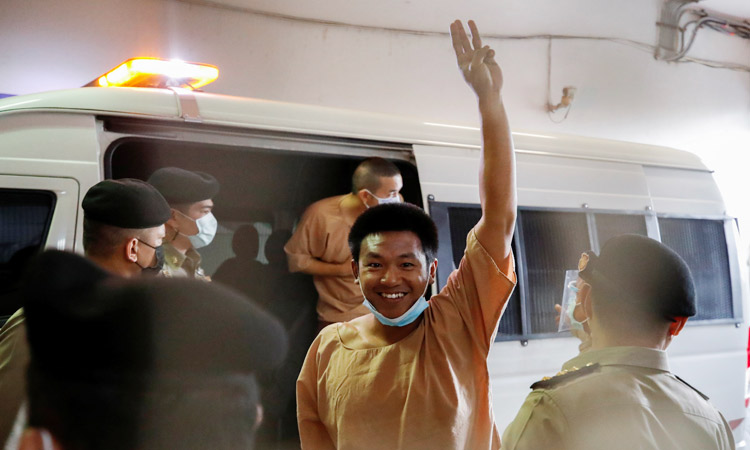