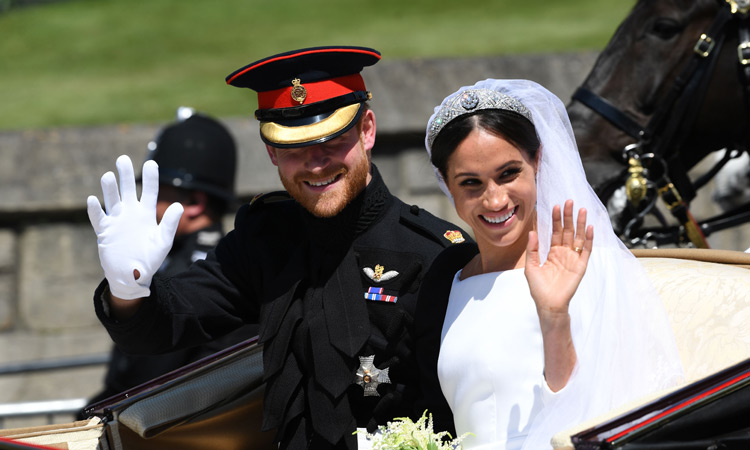 Harry on Monday announced the birth of the couple's first — a son who will be seventh in the long line to the British throne.

"This little thing is absolutely to die for," Harry, 34, said with a giggle, delighted but somewhat overwhelmed.

Harry "was so genuine," remarked Mark Schultz, 57, an American queuing outside Windsor Castle with his wife Jeanelle and other tourists on Tuesday.

"Any time there's a royal baby it's exciting, but Meghan, she's one of ours," Jeanelle added.

The world has been buzzing about Britain's royals ever since Meghan, a 37-year-old TV star with partial African American ancestry, infused the family with a hip new vibe. 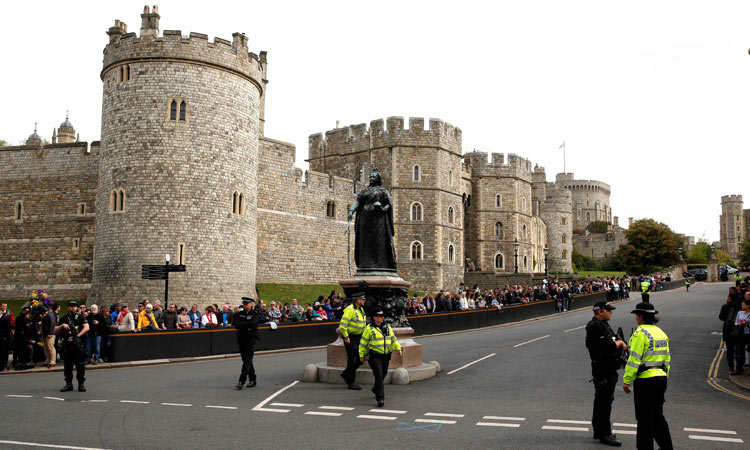 Her fairytale wedding last May to Harry was attended by A-list celebrities, including family friends George and Amal Clooney, the heartthrob actor and the high-powered human right attorney.

Meghan and Harry have been busy ever since changing traditions, bringing the dynasty more into line with modern tastes and that little bit closer to the people.

The American last year made waves in Britain by closing her own car door -- a task usually performed by aides.

The couple also announced the birth -- "It's a BOY!" -- to their 6.4 million followers on Instagram.

But perhaps most importantly, Meghan decided to ignore past practice by keeping the birth private and well out of the prying media's eyes.

The attempt appeared to only generate even more interest from the tabloids, which published screaming headlines about unconfirmed details on how the 7 pound, 3 ounce (3.26-kilogramme) came into the world.

With the birth being private, most UK media assumed Monday that Meghan had opted for a home delivery.

Not so, said The Daily Mail on Tuesday, announcing that "overdue Meghan's home birth dream was dashed as she was secretly whisked to a London hospital on Sunday by Harry and his Scotland Yard security team".

"Any time there's a royal baby it's exciting, but Meghan, she's one of ours.

The Sun, a competing tabloid, breathlessly reported that Meghan was a "week overdue" and ended up being secretly rushed to a £15,000-a-night ($20,000, 17,500-euro) London hospital before giving birth "at exactly sunrise".

A spokesman for Buckingham Palace said only that such details should be revealed when the birth is officially registered, most likely later this week.

Britain has a long and proud tradition of betting on just about everything, and the new arrival had the bookies busy for months.

Some shops stopped taking punts on female names because everyone -- somewhat inexplicably, based on rumours and anonymous tips -- assumed that it would be a girl.

The odds changed radically Monday, with Albert, Oliver, Edward, Henry and Charles all surging to the top.

UK royal names are normally chosen from a relatively restricted pool of those used by past kings and queens.

But Meghan and Harry, the Duke and Duchess of Sussex, are anything but normal royals.

Staff members set up an official notice on an easel at the gates of Buckingham Palace in London. Yui Mok/AFP

An armed police officer stands guard as the Royal Regiment of Scotland band march by in Windsor on Tuesday.

A baby-themed balloon drifts up into the sky near Windsor Castle in Windsor. Adrian Dennis/AFP

The London Eye is lit up in red, white and blue colours in honour of the birth of a son to Prince Harry. Tolga Akmen/AFP

A young child adjusts his hood as people wait for the Royal Regiment of Scotland band in Windsor on Tuesday.

A Royal fan sleeps under a banner on the high street in Windsor, south England, on Tuesday.

"Meghan Markle and Prince Harry to choose UNUSUAL name for baby that UNIFIES the US and UK," The Daily Express wrote, sparking a wild guessing game on Twitter filled with puns and jokes.

The entire world seemed to celebrate along with the happy couple, reflecting both the expanse of the former British empire and the public's fascination with how Meghan will get on with her new inlaws.

On the border between the United States and Canada, the Niagara Falls waterfall was lit up in blue.

Harry and Meghan received congratulations from former US first lady Michelle Obama — but not US President Donald Trump, who UK media said was still fuming at not being invited to the wedding.

"Meghan Markle and Prince Harry to choose UNUSUAL name for baby that UNIFIES the US and UK.

Meghan's estranged father Thomas did not attend either, creating a scandal that lingers on to this day.

"All newborn babies bring entire families happiness and joy - they can even bring broken families back together again," Thomas told The Sun.

"Just heard that the world just got heavier by 7 pounds and 3 ounces," Adams tweeted.

"Much love to him and his incredible parents."