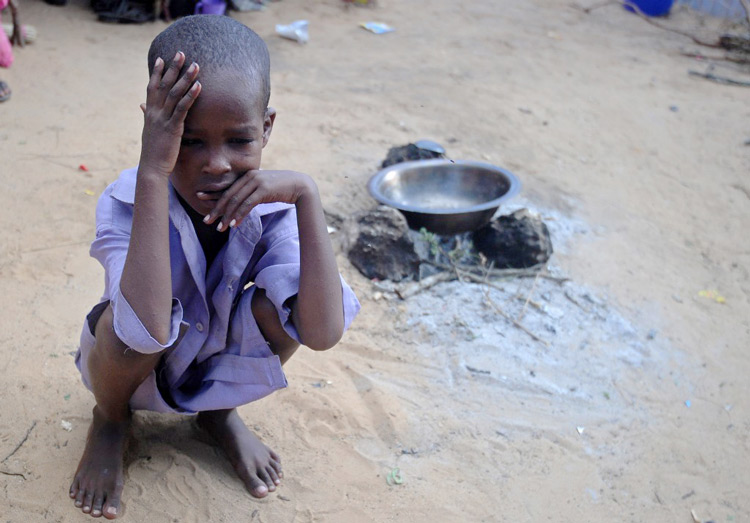 The Norwegian Refugee Council said hundreds of thousands of children were already suffering malnutrition in Somalia and millions had abandoned their homes in search of food in the arid, conflict-torn nation.

"The humanitarian situation has deteriorated at an alarming rate as a result of the drought," Victor Moses, the council's country director in Somalia, said in a statement.

The failure of the so-called long rains that usually sweep East Africa between March and May has caused widespread crop failures and heaped immense pressure on livestock-dependent communities in the greater region.

Somalia is enduring its third-driest long rains season since 1981.

The United Nations estimates that 1.7 million people are going hungry, with that figure expected to grow by another half a million come July.

Last week, the UN said 44,000 Somalis had left their homes in rural areas for urban centres just this year − joining the estimated 2.6 million internally-displaced people across the country.

Close to a million children will need treatment for malnutrition in 2019.

"The deterioration has come much earlier than seen over the last decades and before affected communities could recover from the most recent drought," the UN Office for the Coordination of Humanitarian Affairs said.

But the hunger crisis could extend well beyond Somalia, with the entire Horn of Africa region at risk from drought and extreme weather exacerbated by climate change.

Almost 80 per cent of the population in the Horn depend on farming for a living, said the UN's Food and Agriculture Organization.

The Famine Early Warning Systems Network said in April that if rains did not materialise in May "the season will have failed and the impact on food security outcomes would be more severe than currently anticipated."

In Kenya, considered the most dynamic economy in the region, the World Bank in April cited the impact of drought when trimming its growth forecast for the country in 2019.

The news that about 270 million people face starvation is utterly worrying and calls for immediate action. The number of people who stand on the brink of starvation is equivalent to the combined population of Germany, Britain, France and Italy,