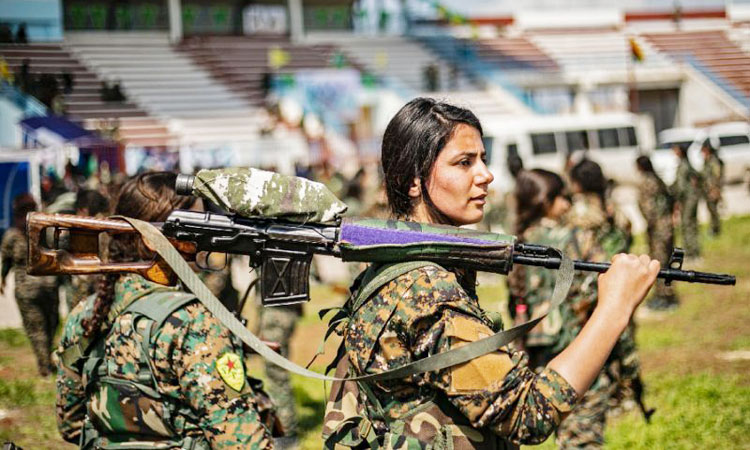 Kurdish forces and their Arab allies control around one third of Syrian. File photo/ AFP

The Kurds and their Arab allies control a vast swathe of the north and northeast that makes up around a third of Syrian territory, much of which they captured in the long and costly campaign against Daesh.

Buoyed by its recapture of most of the rest of Syria, Damascus is now demanding that alliance-held areas to return to central government control.

Weakened by the decision of its main ally Washington to withdraw most of its troops following the defeat of the last vestige of Daesh’s “caliphate” in March, the Kurdish-led alliance has opened talks with Damascus.

But its leaders are determined not to accept the negotiated surrender of a “reconciliation agreement” like those imposed by Damascus on various rebel groups, and on Friday convened a conference of Arab tribes to seek their support.

The state SANA news agency quoted a foreign ministry source as accusing organisers of the conference in the alliance-held but mainly Arab town of Ain Issa of “treason.”

It claimed that the meeting in a town “held by armed militia dependent on the United States and some European countries” had ended in “failure” as a result of a “boycott by most of the tribes.”

“Such gatherings are clear embodiments of the treason of their organisers, whatever their political, ethnic or racial allegiances,” the source added.

In his address to Friday’s conference, the leader of the Syrian Democratic Forces, Mazloum Kobani, said that Damascus would need to recognise the authority of the Kurdish administration in northeastern Syria as well as the “special status” of the alliance and its role in defending the region against Daesh.

He said there could be no going back to the situation before the civil war erupted in 2011 when the Kurds were denied any official recognition as a minority that accounts for some 15 per cent of the population.

“It is not possible to reach a democratic and pluralistic Syria without full recognition of the rights of Syria’s Kurds,” he said.

The SDF has been cornered into seeking an accommodation with Damascus by two-pronged pressure from the looming US troop withdrawal and a longstanding threat by Turkey to send troops across the border to end the experiment in self-rule by Kurdish forces it regards as “terrorists.” 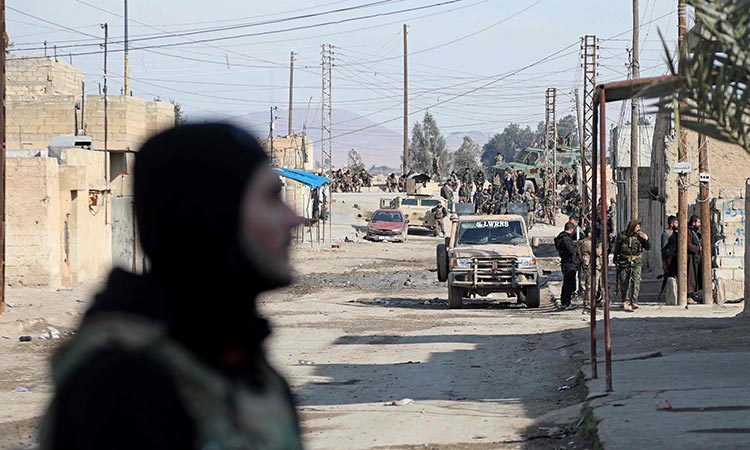 Nearly 90 killed in fighting between Daesh, Kurdish forces in Syria

The assault on Ghwayran prison in the northeastern city of Hasakeh is one of Daesh's most significant since its "caliphate" was declared defeated in Syria nearly three years ago.