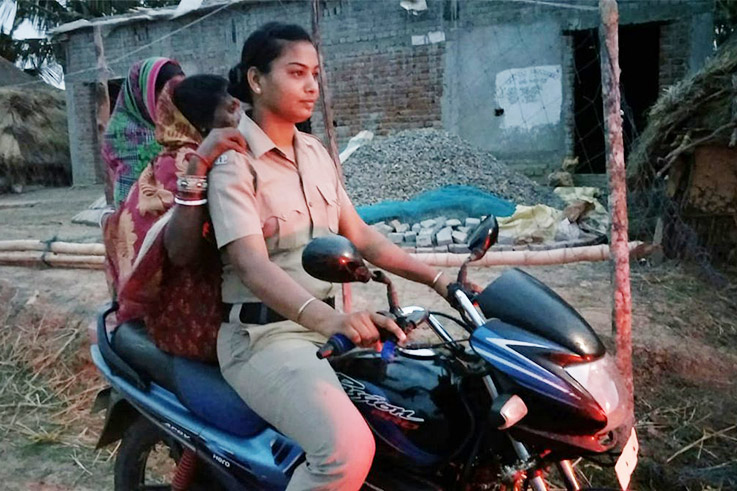 Braving all the odds the eastern Indian state of Odisha’s Police Force teams have earned the respect of residents and fellow Indians for working relentlessly to clear out the disrupted roads, evacuating thousands of people from the low lying areas where the super cyclone Fani made landfall on Friday morning.

At least three people died due to Fani, the biggest in years, sending coconut trees flying and cutting off power, water and telecommunications.

A photo of a Lady Police officer of Talchua Police Station, Kendrapara was shared for her bravery. She was seen evacuating residents in the wee hours on her motorcycle.

One user who goes by the name Sushree said, “Inspirational... made my day”

S.Babiram said, “She has shown herself as importance of women with caring, sharing & daring job of evacuating people #fanicyclone to safe place....”

Some even got emotional. Deba Prasad said, “…We fight, argue, blame police personnel but when there is any tragedy they stand with us each and every time. They have also families but duty comes first for them. I salute all police personnel. Without you we are nothing. Be with us always. Jai Hind.🙏🙏🙏”

RK Mishra said, “Kudos to the officer & force. They always stand with the public at difficult times. But, feel disappointed to see the officer riding a bike without helmet.”

Harabilash Panigrahi asked, “But where is the helmet???”

IPS officer Pinak Mishra was also seen requesting natives with folded hands to cooperate and move to the safe zones.

The police said, “Evacuating everyone living in vulnerable low lying areas to the designated safe cyclone shelters is our top priority! #OdishaPrepared4Fani #CycloneFani”

Even as India grapples with floods and erratic climate change related issues, another killer has claimed nearly 1311 people in just four months from April to July. In this period, experts have recorded