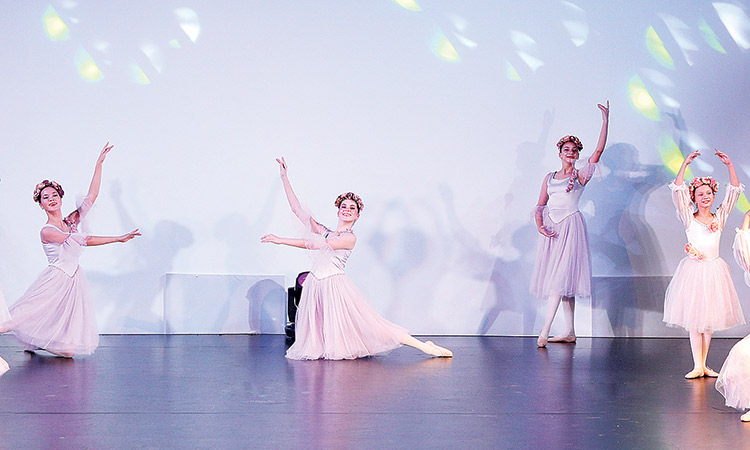 Increasing numbers of families in the Capital are choosing ballet for their children.

It provided a platform for talented young ballerinas aged three to seventeen, from UAE, Russia, Britain, America, Egypt, Syria, China and from around the world. They showcased their ballet skills enthralling the audience for a couple of hours.

Last weekend Ballet Glamorous presented ‘Time to Shine’ which consisted of thirty-two types of dances in a variety of different styles.

Increasing numbers of families in the Capital, both expats and locals, are choosing ballet for their children, to bring out their dancing prowess.

“Children are training two to four times per week, working hard in developing their strength, mobility, flexibility and much more.”

Alekseeva also pays special gratitude to parents who support their children in this hard and not so easy training. “Parents feel and are sure that regular physical training helps their children to face the future with confidence. They believe that it develops in them strength and a great personality.”

“Ballet dancing also contributes to improving their health, help them in their education, developing better understanding of world cultures,” added Alekseeva, who currently holds many degrees in Exercise Science, Pilates and Fitness Studies.

“Girls are being trained two to three times a week with classes ranging from one and half hours to three hours, depending on the age of the dancers,” quipped Alekseeva.