Stable transition in Sudan only way out: UAE minister - GulfToday 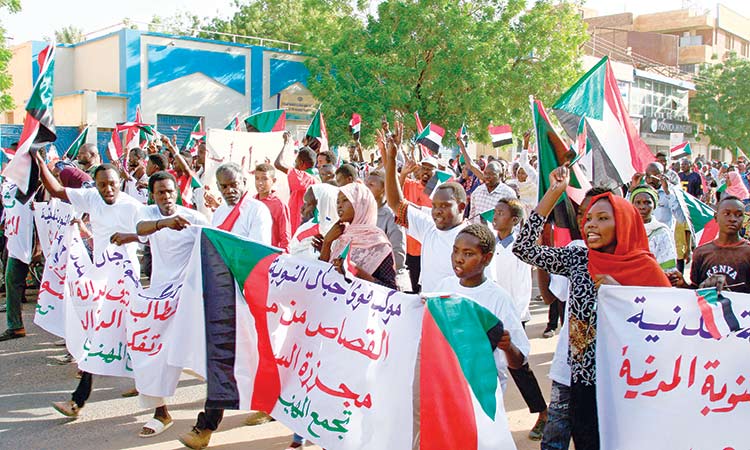 Sudanese demonstrators from the Nuba mountains take part in a rally in Khartoum. AFP

The United Arab Emirates, along with its Gulf ally Saudi Arabia, had provided an economic lifeline to Bashir’s regime after it broke ranks with Iran in 2016 and sent hundreds of ground troops to join a Saudi-led military intervention in Yemen.

Since his ouster, they have pledged three billion dollars (2.7 billion euros) in financial assistance to Sudan’s new military rulers, as they seek to consolidate relations and prevent any repetition of the chaos of the Arab Spring uprisings of 2011.

“Totally legitimate for Arab states to support an orderly and stable transition in Sudan,” the UAE’s minister of state for foreign affairs, Anwar Gargash, said on Twitter.

“One that carefully calibrates popular aspirations with institutional stability.

“We have experienced all-out chaos in the region and, sensibly, don’t need more of it,” Gargash said. 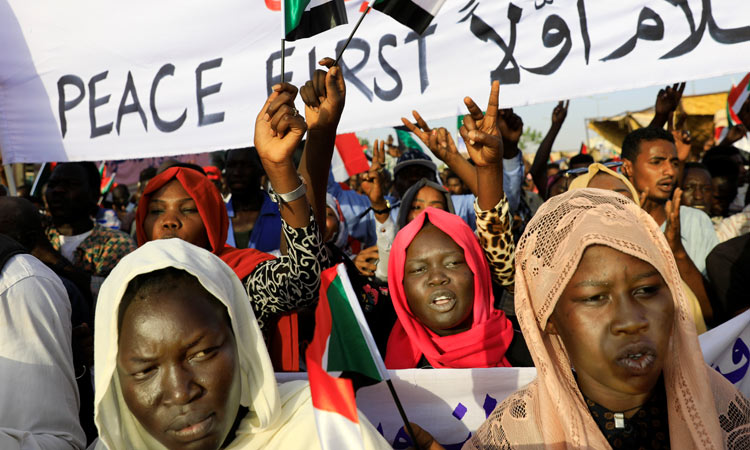 Sudanese protesters have called for a mass rally in the capital Khartoum on Thursday, insisting the army is not serious about handing power to civilians nearly three weeks after it toppled Bashir.

The army has so far rejected protesters’ demands for a civilian-led body to replace the ruling military council, saying that a proposed joint body should be led by current military ruler General Abdel Fattah Al Burhan and have a military majority.

Sudan is heavily dependent on the financial support of its newfound Gulf Arab allies and one of the first actions of the military council was to promise no change in Khartoum’s commitment to the war in Yemen.

“Totally legitimate for Arab states to support an orderly and stable transition in Sudan.

A tripling by the government of the price of the bread in the face of a chronic shortage of flour was the immediate trigger for the four months of nationwide protests that led up to Bashir’s overthrow.

Central bank deposits by the UAE and Saudi Arabia have so far staved off any further slide in the value of the Sudanese pound, while cheap credit for imports of basic goods has averted more widespread shortages.

The UAE and Saudi Arabia last month pledged $3 billion in aid to Sudan, throwing a lifeline to the country’s new military leaders.

Protesters and activists have been negotiating with the Transitional Military Council (TMC) to form a joint civilian-military body to oversee a transition, but are deadlocked over who would control the new council.

Sudanese opposition groups are calling for a civilian-led council to oversee the political transition. The TMC has shown no sign of willingness to relinquish ultimate authority.

Separately, the African Union has given Sudan’s military rulers another 60 days to hand over power to a civilian authority or face suspension, after an earlier deadline was missed.

In a statement issued on Tuesday, the AU Peace and Security Council said it “notes with deep regret, however, that the Sudanese Military has not stepped aside and has not handed over power to a civilian-led transitional Authority” within the initial deadline. 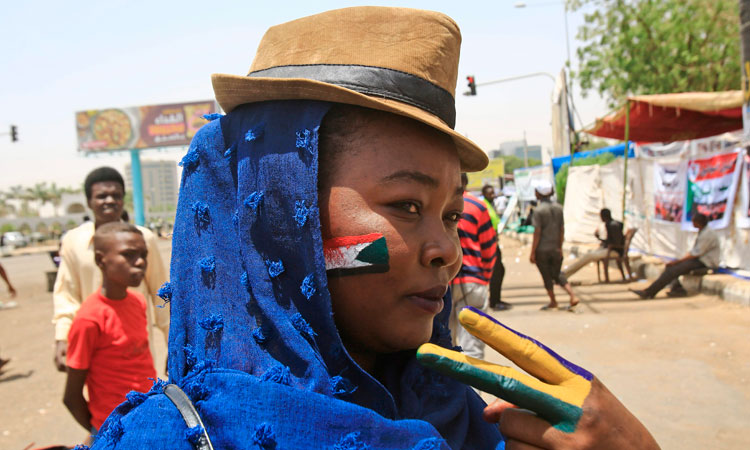 But it announced “an additional period of up to sixty days for the military in The Sudan to hand over power to a civilian-led Transitional Authority”.

The PSC said it “reiterates its conviction that a military-led transition in the Sudan will be totally unacceptable and contrary to the will and legitimate aspirations, to democratic institutions and processes, as well as respect for human rights and freedoms of the Sudanese people.” Sudanese protesters are growing increasingly frustrated with the army, and have called a mass protest on Thursday, accusing the military leaders of not being serious about handing power to civilians.