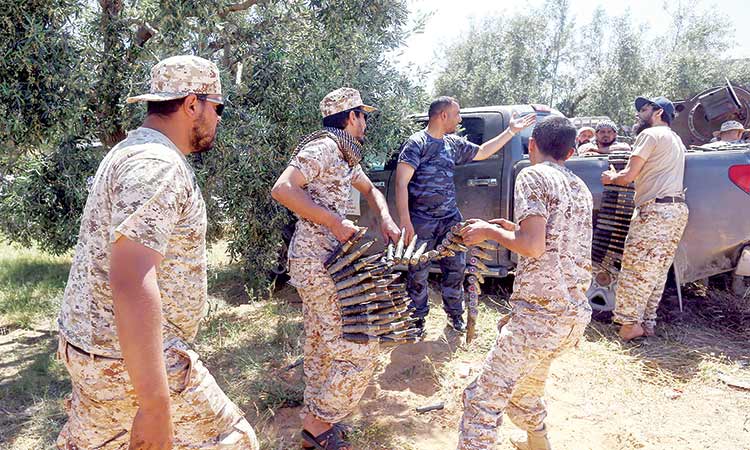 Fighters carry a bullet belt as they hold a position during clashes in Espiaa, Libya, on Monday. Agence France-Presse

“As long as the situation continues, even if it just stagnates and continues like this, we can expect to see a continuing deterioration,” UN humanitarian coordinator for Libya Maria do Valle Ribeiro told AFP.

Khalifa Haftar’s self-styled Libyan National Army (LNA) launched an offensive against Tripoli, the seat of the internationally recognised Government of National Accord (GNA), on April 4.

“When we see the use of air power, the indiscriminate shelling of densely populated areas, it is very difficult to be optimistic,” Do Valle Ribeiro, who is also the deputy UN envoy to Libya, said late on Sunday.

She was speaking after air raids by the LNA on Tripoli on Saturday killed four people and wounded 20 others, according to the GNA.

The fighting has killed at least 278 people and wounded more than 1,300, according to a toll released on Wednesday by the World Health Organisation.

It has also forced 41,000 people to flee combat areas around Tripoli, do Valle Ribeiro said, while many remain trapped and in need of humanitarian assistance.

Among the most vulnerable are about 3,500 migrants and refugees held in detention centres near the combat zone who are at “risk”, the UN official said.

She said that 800 considered most in danger had been evacuated, after the UN and rights groups said gunmen attacked a detention centre south of Tripoli last week.

Doctors Without Borders (MSF) said several migrants and refugees were shot and wounded in the attack.

According to the International Organisation for Migration some 6,000 migrants are held in official detention centres in Libya. Hundreds more are held by armed groups elsewhere in the war-hit country.

On Sunday Pope Francis called for “humanitarian corridors” to be opened to evacuate them.

The UN official also voiced concern over a breakdown in basic services, including electricity and water supplies, and said more relief funds were needed for Libya.

“We appealed for an additional 10.2 million (dollars) which doesn’t cover all that we foresee... but it covers at least the essential response for the first three, four weeks,” she said.

During the first week of fighting, she said, “over a million schoolbooks” that were stored in a warehouse of the ministry of education were destroyed when the compound was hit.

“Symbolically, it says a lot about the impact of such strife and clashes on not just the immediate survival of people but on the future of Tripoli children.”

An armed group attacked Libya’s largest oilfield but was repelled after clashes with its protection force on Monday.

There were no casualties among oil workers and production was unaffected, the NOC said in a statement.

The affiliation of the gunmen who targeted El Sharara was unclear. The oilfield is in a southwestern region held by forces loyal to Haftar. His forces have swept westwards since last year are now concentrated in the northwest to try to take Tripoli.

State guards and local tribesmen shut down El Sharara in December to press financial demands before allowing production to reopen in March. The field, operated by the National Oil Corporation (NOC) and foreign partners, has been pumping crude only intermittently due to blockades mostly by armed groups and other incidents. 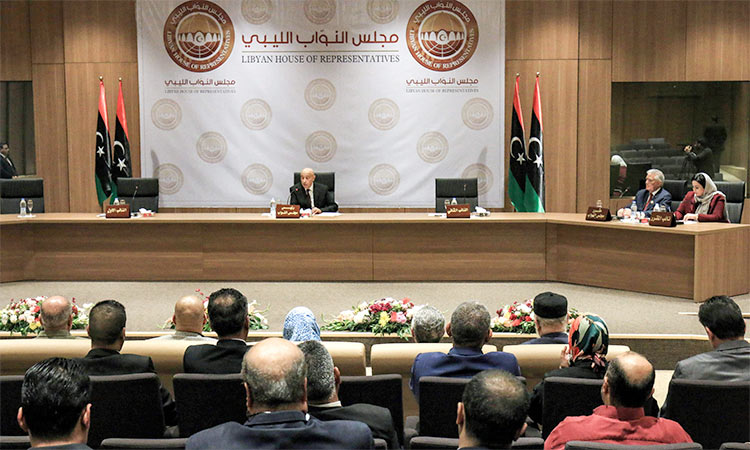 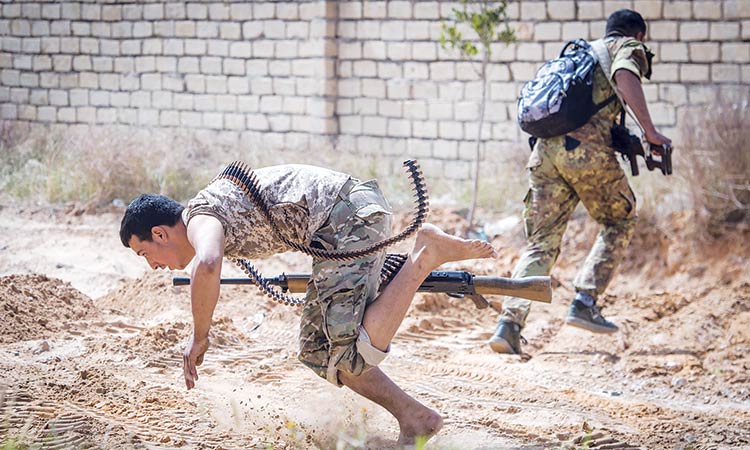 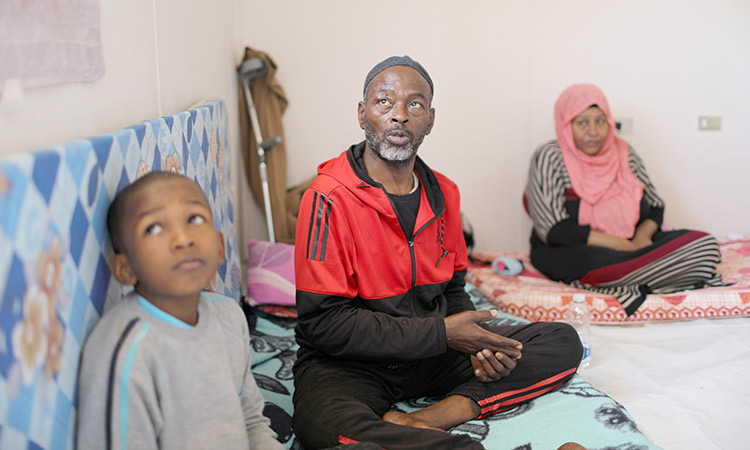