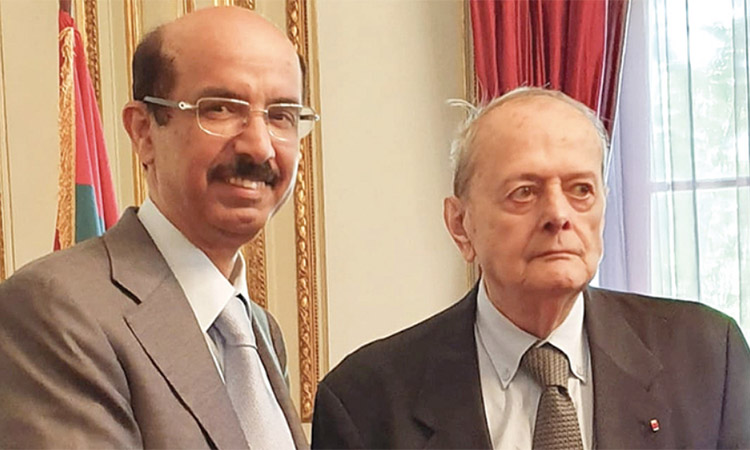 A tea party was held at the embassy and was attended by many Arab, cultural figures residing in Paris, including the presence of the orientalist André Miquel, his daughter, his publisher and many friends.

The UAE embassy welcomed this significant UAE-French cultural event, which points out the depth of ties between the two countries and their people.

Moreover, André Miquel gave a short speech in which he mentioned the story of his passion about the Arabic language, its literature, and its ancient intellectual heritage.

He expressed his appreciation and gratitude to be honoured by the UAE and the Mohammad Bin Rashid Arabic Language Award.

Mohamed Al-Murr also gave a short speech about the excessive efforts made by His Highness Sheikh Mohammed Bin Rashid in an attempt to strengthen the Arabic language and literature, and support those interested in it.

He also praised the great efforts of the orientalist André Miquel in serving the Arabic Language and heritage in France, as well as expressed his sympathy and paid condolences to the French people for the tragic fire accident that took place at the historic Notre Dame Cathedral.