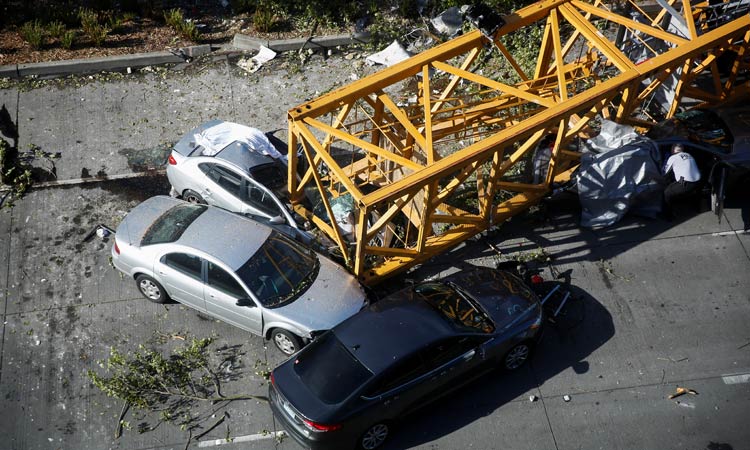 A member of the Seattle police department inspects one of the cars crushed by a construction crane in Seattle. Lindsey Wasson/Reuters

A giant construction crane operating at the site of a future Google campus collapsed from the roof of a building and toppled across a Seattle intersection on Saturday, killing four people and injuring three others, authorities and local media said.

Three men and a woman were killed. Two of the dead had been working in the crane, and the two others were in separate vehicles struck on the street below, the fire department said in a statement posted online.

Four other individuals were evaluated on the scene by medics and three of them - a 27-year-old man, a 25-year-old woman and a 4-month-old infant girl - were taken to a local hospital with non-life-threatening injuries, the fire department said. 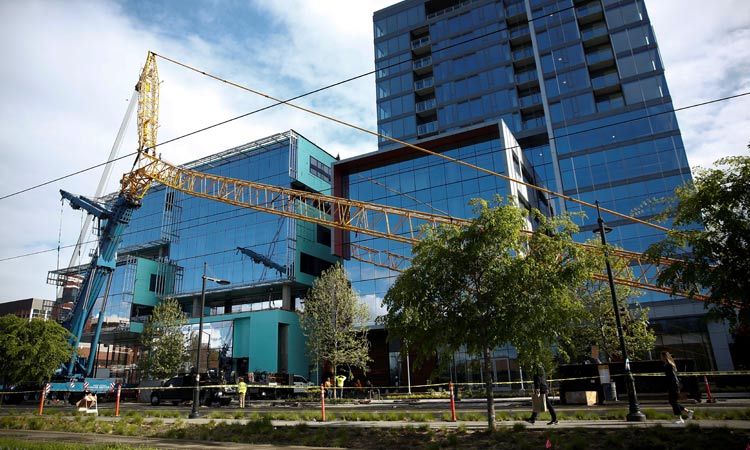 The backside of a construction crane which partially fell onto cars on Mercer Street in Seattle. Lindsey Wasson/Reuters

The cause of the crane failure was under investigation by the Washington State Department of Labor and Industries, according to the statement.

Local media, including the Seattle Times, reported that the crane was operating on the construction site of a new multi-building complex being built for Google.

Eyewitness Esther Nelson, a biotech research assistant who was working in a building nearby, told the Seattle Times she saw the crane fall from the vantage point of a break-room window.

"It was terrifying," the newspaper quoted her as saying. "I looked up. The wind was blowing really strong." She said the crane was about eight or nine stories tall and appeared to have broken in half.

"Half of it was flying down sideways on the building," she said. "The other half fell down on the street, crossing both lanes of traffic."