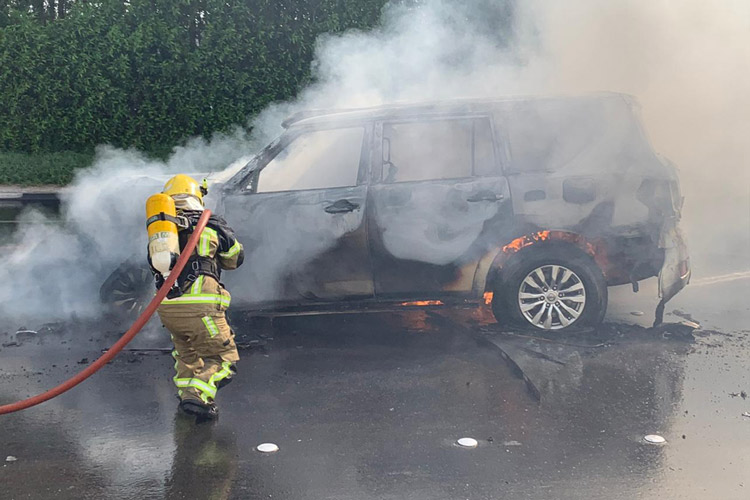 A firefighter douse the fire in Abu Dhabi.

A vehicle was gutted after a collision between three vehicles in Abu Dhabi.

Mansouri called on motorists to commit to safe driving, and to abide by traffic laws and rules to avoid accidents.

He also urged motorists to respect the road users.

Recently, a truck loaded with gas cylinders overturned in Abu Dhabi. The driver had jumped the red-light signal and lost control of the vehicle.

The Abu Dhabi Police warned against jumping the red signals and pointed out the dangers that could lead to a number of serious accidents.

The civil defence dealt with the incident by making sure that the gas did not leak from the cylinders, in order to avoid any explosion.