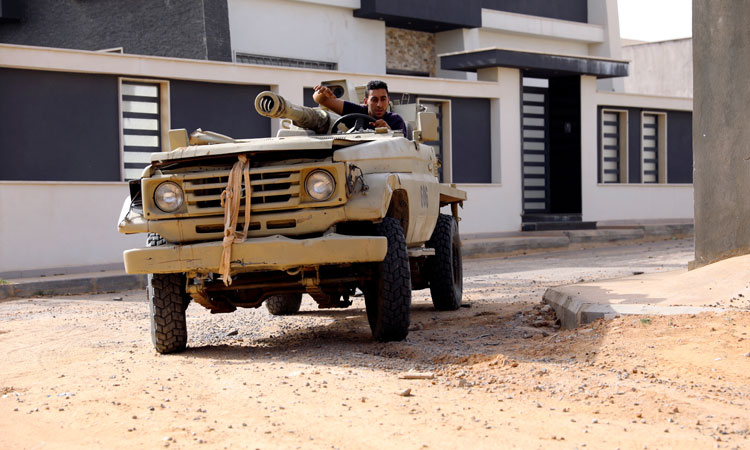 Air raids were carried out on Saturday night on the Libyan capital Tripoli, according to the media and residents who heard loud explosions.

"We are hearing sustained, uninterrupted fire" from machine guns and anti-aircraft guns "and occasional air strikes, but we do not know where exactly," a resident of west Tripoli told the media.

"On Facebook, users are saying that you must leave your house if you live near a barracks or a place where armed groups have taken position," she added. "But we are afraid to go out into the street so late at night." 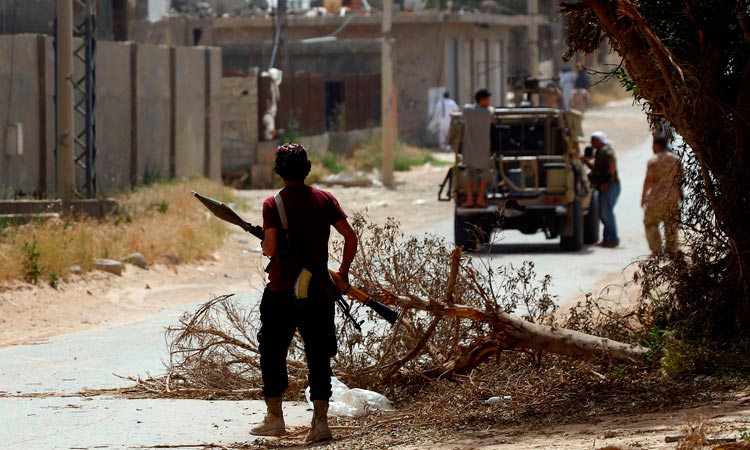 Fighters get into position during clashes in south of the capital Tripoli's suburb of Ain Zara. File photo/AFP

Forces loyal to the UN-recognised government of national unity and fighters under commander Khalifa Haftar, have been engaged in battle for three weeks.

Haftar's forces launched an offensive on April 4 to seize the capital.

After forces loyal to the Tripoli-based government of national unity launched a counter-attack last weekend, the International Committee for the Red Cross warned that residential areas of Tripoli were being turned into battlefields.

At least 278 people have been killed and more than 1,300 wounded in the clashes, according to the World Health Organization.

More than 35,000 people have been forced to flee their homes, according to the United Nations.

Most of the fighting happens on the ground, but there are occasional air raids.

It has asked the UN to investigate.