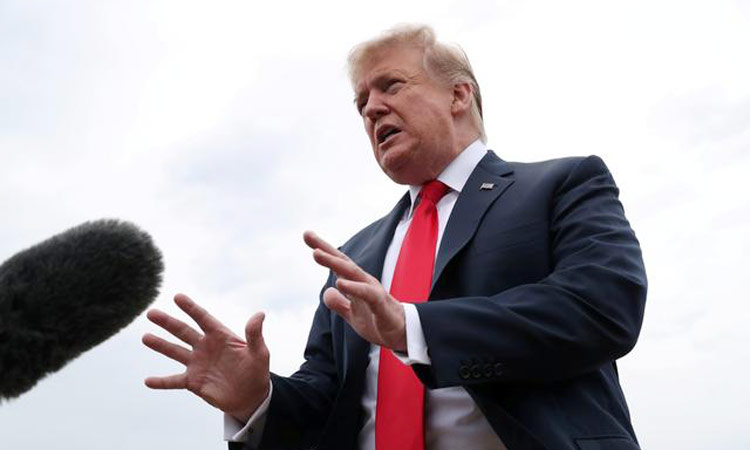 President Trump speaks to reporters before boarding Air Force One for travel to Indianapolis, Indiana, US, on Friday. Reuters

US President Donald Trump’s proposals on nuclear arms disarmament is “not serious,” a Kremlin spokesman said on Saturday.

Trump has ordered his administration to prepare a push for a new arms-control agreements with Russia and China citing the cost of the 21st-century nuclear arms race, The Washington Post reported on Thursday citing administration officials.