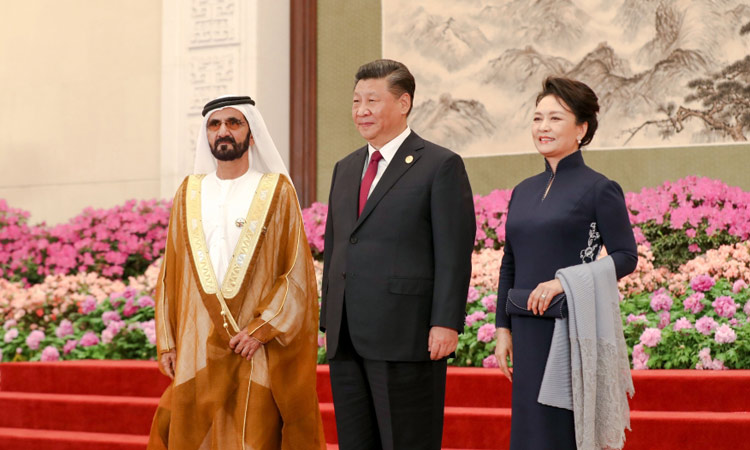 Sheikh Mohammed with Xi Jinping and his wife before the bilateral meeting of the Second Belt and Road Forum in Beijing on Friday. WAM

Sheikh Mohammed’s remarks came while attending the 2nd Belt and Road Forum for International Cooperation taking place in Beijing. Held under the theme "Shaping a Brighter Shared Future," the Forum is seeing the participation of 40 heads of states and governments in addition to delegations from 150 countries, apart from international institutions like the United Nations and the International Monetary Fund.

"The UAE is a partner in building the Belt and Road Initiative. The plans for the future under the initiative’s framework are aligned with our vision. The UAE’s advanced infrastructure, logistics capabilities, and its long-standing position as a trade hub adds to the momentum of the Belt and Road Initiative. We look forward to cooperating with all stakeholders to make sure this remarkable global project is a success," Sheikh Mohammed said. 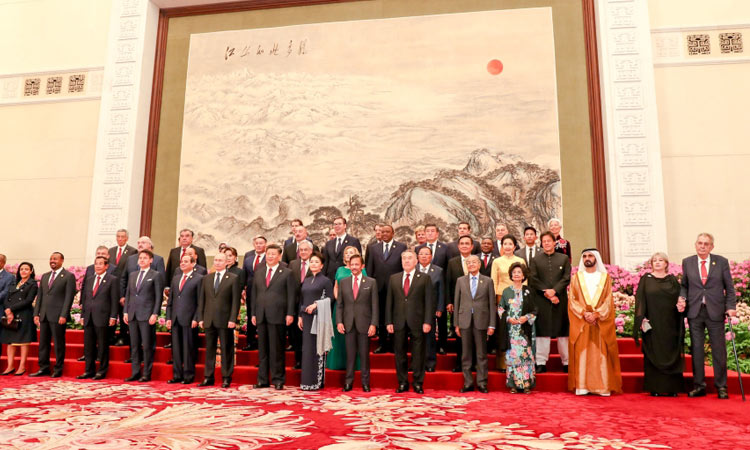 Sheikh Mohammed and other leaders attend a group photo session at a welcoming banquet for the Belt and Road Forum on Friday. WAM

On the cooperation between China and the UAE, Sheikh Mohammed said, "We are in full agreement with each other to expand our already thriving cooperation. Not only will the Belt and Road Initiative cement the status of the UAE as a regional trade hub, it will also benefit the countries in our region and beyond."

In his speech, Xi Jinping stressed the importance of adhering to the principles of sustainability, transparency, and intellectual property rights in the next phase of the initiative as part of supporting the growth of the international economy and the development of nations.

From 2013 to 2018, China’s direct investment in the Belt and Road Initiative’s (BRI) partner countries exceeded $90 billion, and generated $400 billion. In the past year, Chinese companies invested $15.6 billion in BRI partner countries, reflecting a year-on-year growth of 8.9 per cent. Under the Belt and Road Initiative, China has reached 173 agreements with 125 countries and 29 international institutions. 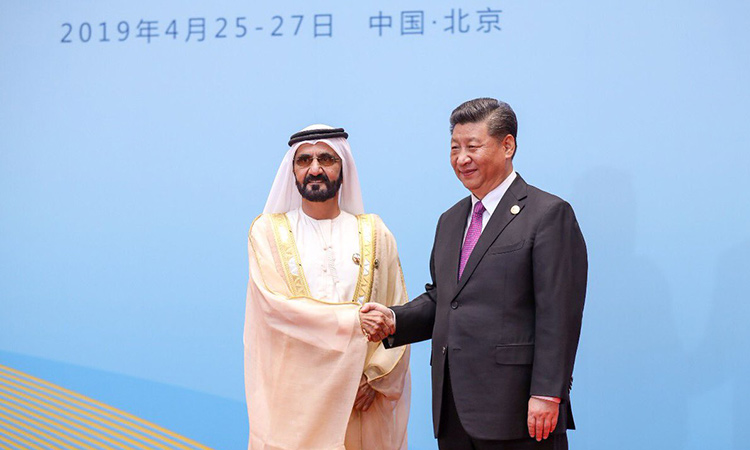