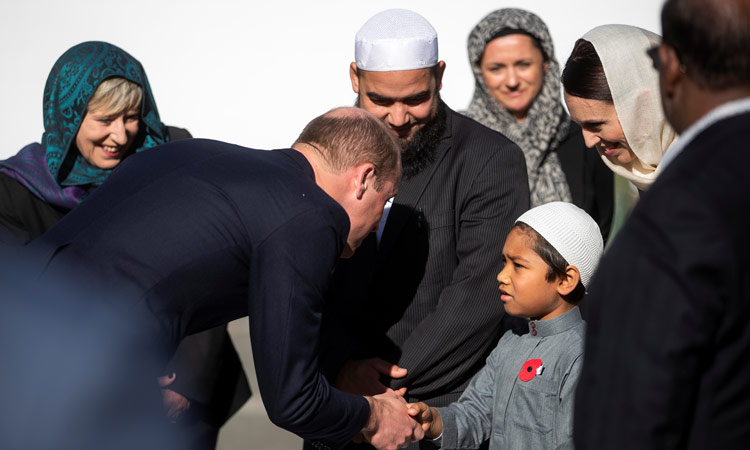 Prince William greets a young member of the Muslim community during a visit to Al-Noor Mosque in Christchurch, New Zealand, on Friday. Reuters/Joseph Johnson

Extremist ideology must be defeated, Britain’s Prince William said during a visit to a New Zealand mosque on Friday where dozens were killed in a mass shooting last month after earlier meeting survivors of the massacre.

William, the Duke of Cambridge, spoke at Al Noor mosque in the South Island city of Christchurch, one of two mosques where 50 people were killed by a lone gunman during Friday prayers on March 15.

“What happened here was fuelled by a warped ideology that knows no boundaries,” William told an audience that included Prime Minister Jacinda Ardern and other religious and community leaders.

“Extremism in all its forms must be defeated,” he said. 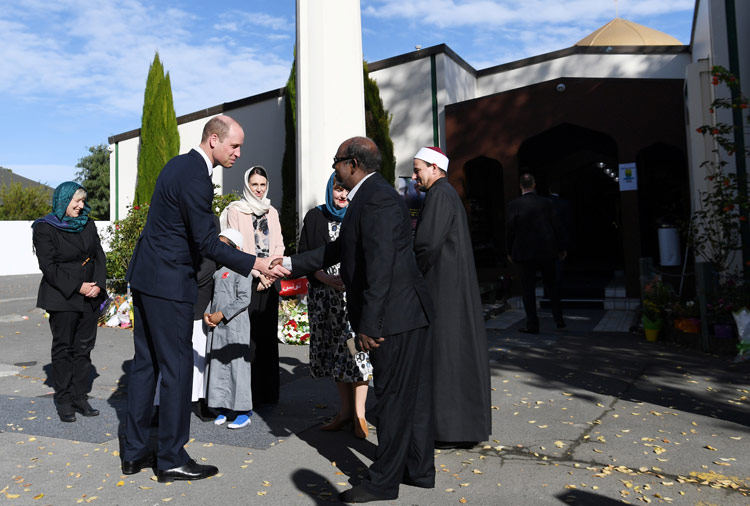 Prince William greets members of the Muslim community as he arrives at Masjid Al Noor in Christchurch, New Zealand, on Friday. Tracey Nearmy/Reuters

A 28-year-old man, a suspected white supremacist, has been charged with 50 counts of murder over New Zealand’s worst peacetime mass shooting. Another 50 people were wounded in the attacks.

William started his visit on Thursday in Auckland, New Zealand’s largest city, where he attended an Anzac Day service in remembrance of Australian and New Zealand war dead.

He later visited the Starship Children’s Hospital with Ardern to meet 5-year-old Alen Alsati, who woke recently from a coma after she and her father were wounded in the attack.

Photos and a video posted on Kensington Palace’s Twitter account showed William sitting on the side of the child’s hospital bed, surrounded by her family and Ardern.

The girl asked if he had a daughter.

“Yes, she’s called Charlotte ... she’s about the same age as you,” William replied.

He flew to Christchurch later on Thursday to meet some of the first responders to the mosque shootings, including ambulance staff.

“You did an incredible job on a very bad day,” he said, according to Kensington Palace’s Twitter account.