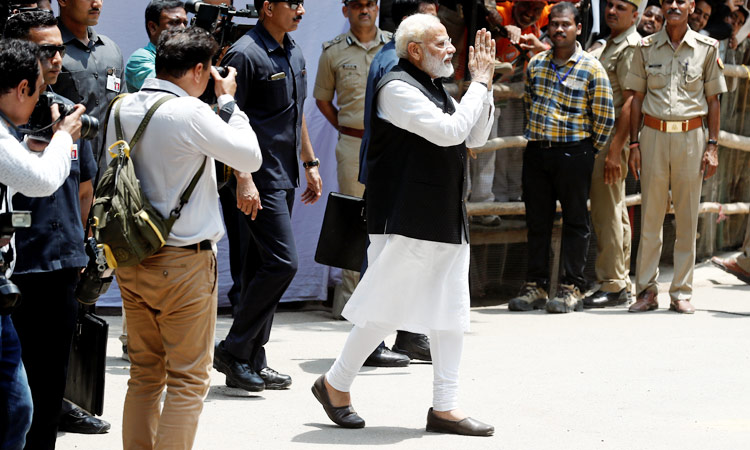 Prime Minister Narendra Modi on Friday filed his nomination papers in Varanasi for the Lok Sabha elections amid a show of strength by NDA allies.

In a show of strength, he had held a mega roadshow in the city, where he was joined by Uttar Pradesh Chief Minister Yogi Adityanath.

The high profile constituency will see a triangular contest between Modi, Congress candidate Ajay Rai and Samajwadi Party's Shalini Yadav on May 19.

In 2014, Modi won the seat by defeating Aam Aadmi Party's Arvind Kejriwal by a massive margin.