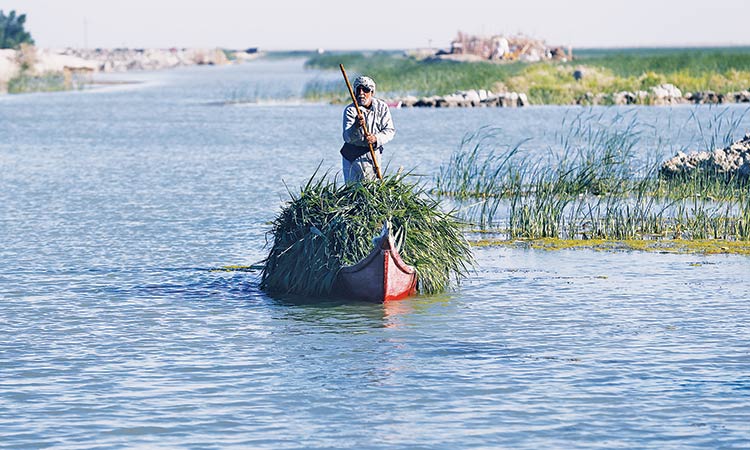 An Iraqi Marsh Arab paddles his boat as he collects reeds at the Chebayesh marsh in Dhi Qar province, Iraq. Reuters

This time last year, most of Iraq’s historic marshlands were dry, desiccated by upstream damming and a chronic lack of rainfall.

Now, local farmers are counting their blessings after unexpected heavy rainfall at the end of 2018 caused the dams to overflow by early January and water came gushing back to the wetlands in southeastern Iraq.

For Yunus Khalil, a farmer raising water buffalo in the central marsh, the lack of water meant he had to sell most of his herd at a loss last year.

“We were terrified the water wouldn’t come back,” Khalil said. “It would’ve been the end for us.” The marshes, thought to be the biblical Garden of Eden and named a Unesco world heritage site in 2016, are experiencing their highest water levels since they were reclaimed in 2003, said Jassim Al Asadi, southern director of local NGO Nature Iraq and a native of the marshlands, which stretch to the Iran border.

“God knows how much we suffered last year,” Khalil said. “He protected us.” Saddam Hussein accused the area’s inhabitants, the Marsh Arabs, of treachery during the 1980-1988 war with Iran and later drained the marshes — which before then had stretched across more than 9,583 sq km — to flush out rebels.

Many residents fled, but after Saddam’s overthrow in 2003, parts of the marshland were reflooded and around 250,000 Marsh Arabs have cautiously trickled back.

Many had moved to farmland in nearby provinces, or went to live in exile in Iran. Their years away brought a change to the vibrant local culture, residents say, and more conservative norms, particularly regarding the role of women who have long worked alongside men in the marshes.

“You used to hear women singing as they pushed their boats through the marshes at dawn,” said Taher Mehsin, a fishermen in his late 60s. “Now, some of the men won’t let their women out of the house.” The area has been home to the Marsh Arabs for millennia, and water is essential to maintaining their way of life. Though many were eager to return home after two decades away, life in the marshes is tough and revolves around fishing and raising water buffalo. The few schools and government-run health clinics are miles away from the open water, where many people live without electricity. 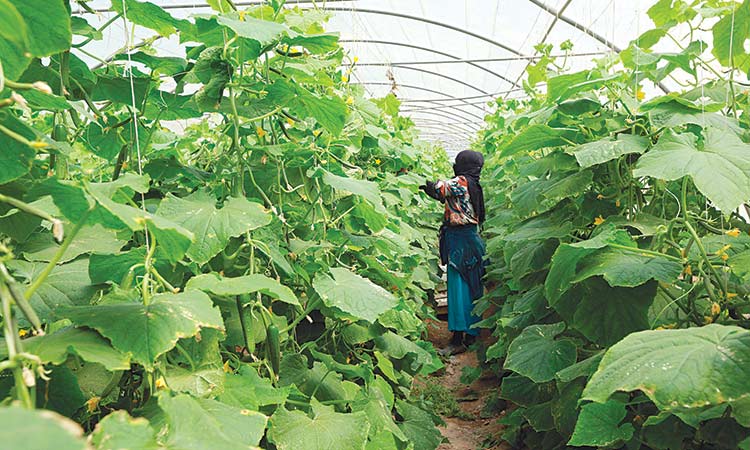