More than 60 dead in South Africa after heavy rains - GulfToday

More than 60 dead in South Africa after heavy rains 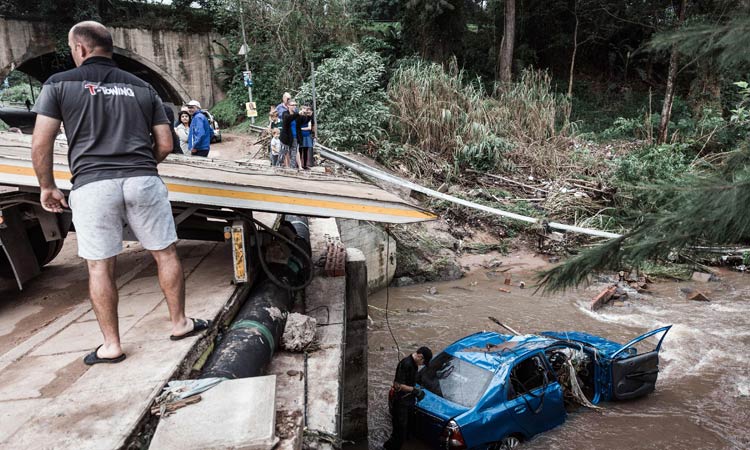 A local tow truck company removes a car from a river destroyed during torrential rains in Chatsworth. Rajesh Jantilal/AFP

At least 60 people have been killed and more than 1,000 have fled their homes after heavy rains caused flooding and mudslides along South Africa's eastern coast, authorities said on Wednesday.

Rescue workers were digging through collapsed buildings on Wednesday.

Victor da Silva, a resident of the coastal town of Amanzimtoti, said his family managed to evacuate before the floods destroyed their home and cars. 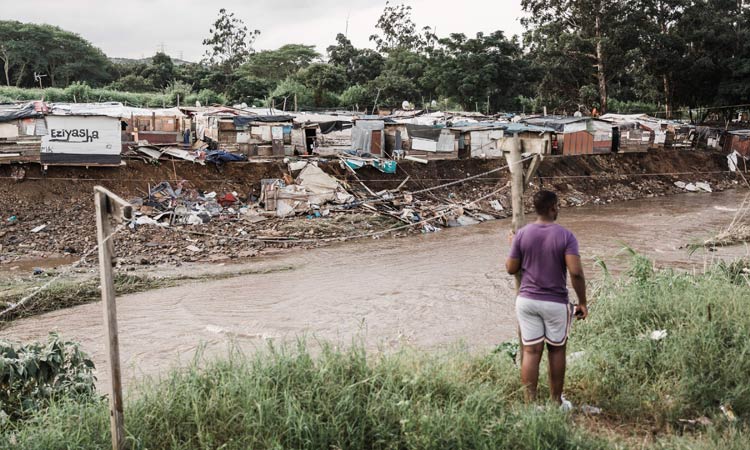 "On Monday, the water was just crazy. And yesterday morning I got here, everything was fine, my garage was still here, the other part of the house was still here, and it just couldn't stop raining," Da Silva said. "And then an hour and a half later, everything poof (vanished) because the rain just hasn't stopped.

Johan Fourie said he fled his home in Amanzimtoti, Kwazulu-Natal, just before part of it collapsed.

"I nearly lost my life, and my neighbour, I believe, is in hospital," Fourie told eNCA television.

The region had been hit by heavy rains for days, but authorities did not foresee the extent of the downpour late on Monday, said Lennox Mabaso, a spokesman for the provincial Cooperative Governance and Traditional Affairs department.

"As a result, there was flooding and some structures were undermined and collapsed on people," Mabaso said.

Some people were swept away by the water, he added.

President Cyril Ramaphosa visited affected communities in KwaZulu-Natal on Wednesday and was expected in the Eastern Cape in the next few days.

"This is partly what climate change is about, that it just hits when we least expect it," he said.

Last week, 13 people were killed during an Easter service in KwaZulu-Natal when a church wall collapsed after days of heavy rains and strong winds.