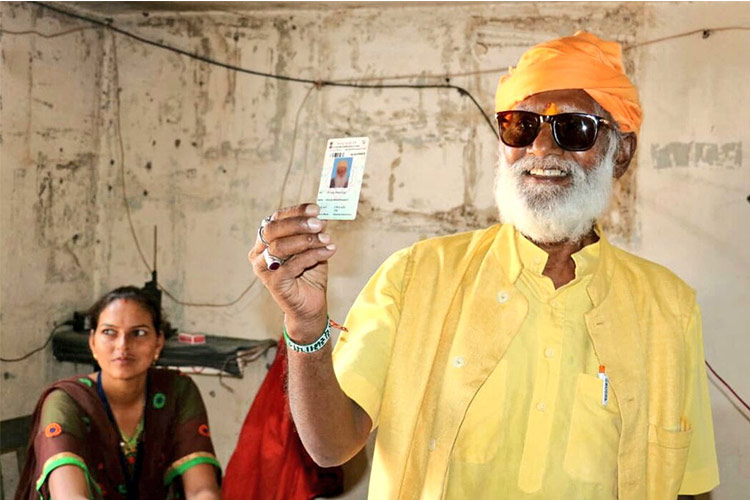 A four-member team of election officials, accompanied by a policeman, set up a special polling station deep in the Gir wildlife sanctuary in Gujarat state so a sole voter — Bharatdas Darshandas — could vote in the general election.

A priest who has lived at his remote forest temple for two decades, Darshandas has not missed an election since 2002, and cast his vote on Tuesday by walking nearly a kilometre to the special polling station.

Darshandas looks after a Shiva Temple in the 350 square kilometre (850-square-mile) wildlife sanctuary, home to some 600 of the last remaining Asiatic lions.

India has more than 900 million eligible voters who can cast their ballots at 1 million polling stations.

Officials often have to travel to remote regions over days to get to voters. But an arduous trip for just one voter is not so common.

"The fact that the government is taking so much effort to ensure the casting of one vote speaks to the importance of each and every vote," Darshandas told Reuters partner ANI in an interview.

"Just the way voting is 100 percent in Banej, there should be 100 percent voting everywhere," Darshandas said, referring to the place he lives.

The staggered general election has seven phases. It began on April 11 and will end on May 19. Votes will be counted on May 23.

Sourabh Pardhi, an election official from the area, said the Election Commission had worked hard to ensure everyone got a chance to vote.

"We want to make sure that no voter is left behind," he told ANI.