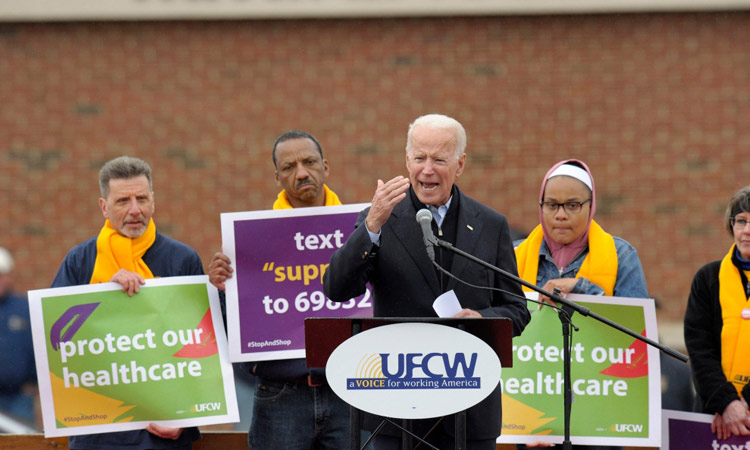 Former US vice president Joe Biden jumped into the race for the White House on Thursday, becoming the frontrunner in a crowded field challenging Donald Trump in 2020 — and hoping to be the oldest leader in American history.

The party's 76-year-old senior statesman is the most experienced and best recognised Democrat in the running, a popular former VP who has been dominating early polls following months — even years — of campaign planning.

Biden said a deadly 2017 white supremacist rally in Charlottesville, Virginia woke him to the danger Trump posed, recalling that the president famously described "very fine people" on both sides of the clashes.

"And in that moment I knew the threat to this nation was unlike any I had ever seen in my lifetime," Biden said.

The veteran Democrat added that he couldn't sit back while Trump stood to gut America's core values and "everything that made America America."

"That's why today I'm announcing my candidacy for President of the United States," he said.

Trump's response was swift: he insulted Biden on Twitter, his favorite forum for smacking down rivals, casting doubt on his rival's mental capacity.

"Welcome to the race Sleepy Joe. I only hope you have the intelligence, long in doubt, to wage a successful primary campaign," Trump tweeted.

Even before his official announcement, Biden, who served eight years as Barack Obama's vice president, led most surveys of Democratic voters.

The RealClearPolitics poll aggregate puts him as favorite with 29.3 per cent support, followed by independent Senator Bernie Sanders at 23 per cent.

The record number of candidates means Biden finds himself in a field of unprecedented diversity as he makes his third run for president, following two unsuccessful attempts in 1988 and 2008.

After the death of his son Beau from cancer, Biden opted out of a presidential campaign in 2016.

As he let the suspense over his political plans drag out for months, his broad lead has been whittled down, with newer and notably young faces gaining ground including moderate South Bend, Indiana Mayor Pete Buttigieg, who at 37 is less than half Biden's age.

Top of the polls

Complicating matters, the last weeks of waiting have been clouded by revelations from multiple women accusing Biden of touching them inappropriately or making them feel uncomfortable with his shows of affection.

Biden, an old-school politico who acknowledges he is quick to offer hugs and shoulder rubs as he forges connections with voters, has not outright apologized for his behavior, but he pledged earlier this month to be "more mindful" about society's changing boundaries.

Obama, through a spokesperson and a source close to his thinking, praised Biden but pointedly avoided endorsing him, saying the Democratic field is very diverse and he prefers to "let the candidates make their cases directly to the voters." 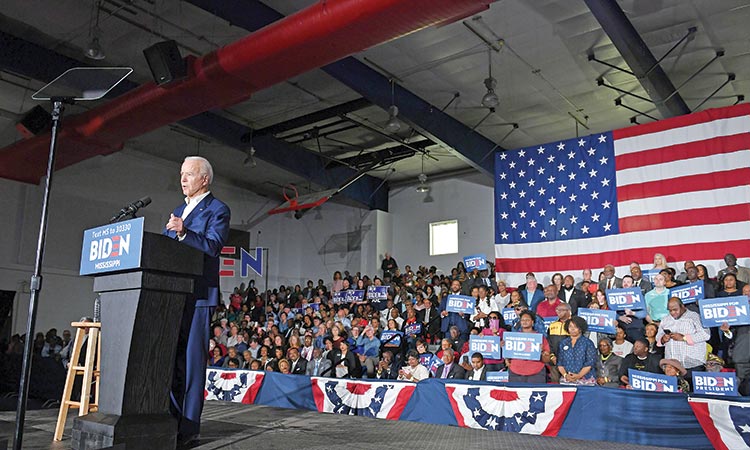 This is how the GOP might overturn a Biden victory

If you’ve paid any attention to the news over the past few days, you might come away with the impression that Michigan is where President Donald Trump’s hopes for re-election will rise or fall on November 3.