Imran’s statement in Tehran taken ‘largely out of context’ - GulfToday

In a statement, it noted that there had been a lot of debate about the premier’s statement on the use of Pakistani soil.

“Prime Minister Imran Khan was talking about non-state actors using Pakistani soil under foreign influence to carry out activities in Pakistan or coordinating from Pakistan,” the statement read, citing the example of persons like Indian spy Kulbhushan Jadhav and their local facilitators.

It added that attacks are carried out in Pakistan using the territory of Iran and Afghanistan “in the same manner.”

“The same was clearly stated by the prime minister during his visit to Iran while referring to [the] latest incident in Balochistan,” the statement said, adding that it is because of this reason that the premier was making “all-out efforts for peace across [the] whole region.”

It said linking the premier’s statement to any other context is an “effort to misinterpret the expression which doesn’t serve Pakistan in any way.”

On Monday, while addressing a joint press conference alongside Iranian President Hassan Rouhani in Tehran after their bilateral talks, Imran in a reference to the Ormara massacre had said: “Just a few days back 14 of our security personnel were killed by terrorists in Balochistan. And I know that Iran has suffered from terrorism which [was] from groups operating from within Pakistan,” the premier had added.

He then announced that Pakistan’s security chief would sit with his Iranian counterpart and discuss ways of cooperation, “so that we have trust in each other that both countries will not allow any terrorist activity from their soil.”

The premier had added that he hoped the move would build confidence between the two neighbours.

In a separate development, Special Assistant to Prime Minister Dr Firdous Ashiq Awan has said that Ghulam Sarwar Khan was removed as the petroleum minister because of manipulation in gas bills. She said former health minister Aamer Mehmood Kiani was not sacked due to corruption. He was removed due to negligence, she clarified.

Recent hike in the prices of medicines has affected everyone and Imran was not pleased with it too, Awan said.

She said if the government was not worried about the hike in drug prices, the prime minister would not have removed his close aide from the post of health minister.

Sarwar Khan, on the other hand, called Dr Awan irresponsible. His response came in a TV programme.

Answering questions, Awan said the recent reshuffle in the cabinet was taken to improve its performance. A balanced cabinet comprising elected and technocrat members was a norm all over the world.

To a question, she said Turkey, Russia, China and India were doing trade with Iran through agreements, and Pakistan would also take a decision to have trade with Iran keeping its own interest supreme.

Meanwhile, Punjab Governor Chaudhry Sarwar says he has not resigned and was not stepping down as speculated. He said every time he goes abroad, such rumours are spread.

In an unrelated development, gunmen shot and killed a police officer guarding a polio immunisation team in Buner district of Khyber Pakhtunkhwa (KP) provnce on Wednesday.

The police constable was on duty with a polio team in the remote Buner district when unknown gunmen opened fire, police chief Irshad Khan Yousafzai said.

“He was shot in the head and shoulder and died immediately,” he said, adding that officers had been assigned to polio teams in the district after a rise in threats against workers.

A dozen people were arrested in KP this week, accused of organising a campaign against polio vaccination and setting fire to public health facilities in Peshawar, the health minister said.

Hisham Inamullah Khan blamed “fake and malicious propaganda” for 44,000 children taken to provincial hospitals by parents fearing they had received bad polio vaccine, which he said “obviously was not true.” 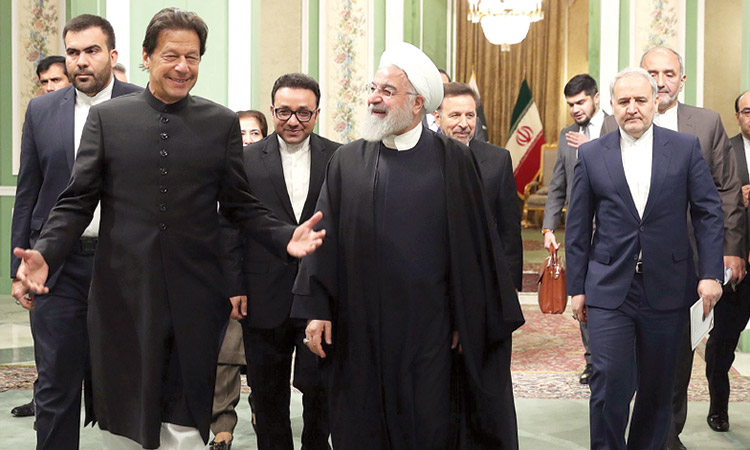