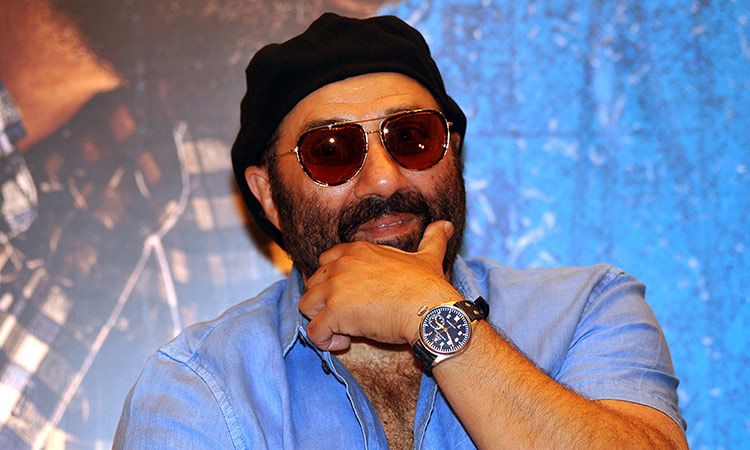 Sunny Deol looks on during an event in Mumbai. Fiel / STRDEL / AFP

The third from the family to join politics and the BJP, after Dharmendra and his wife Hema Malini, Deol is best known his roles in action and patriotic films including "Gadar: Ek Prem Katha" and "Border".

"The way my father joined politics and this family during the time of Atalji, today I am here to join (Narendra) Modiji," Deol told the media here.

"He (Modi) has done so much for the country. I want that he should remain the Prime Minister for the next five years because we want to develop (as a country). Our youth needs people like Modi. I will do whatever I can with all my heart for this family (BJP)," the actor said.

The 62-year-old actor was welcomed into the party by Union Ministers Piyush Goyal and Nirmala Sitharaman, days after he met BJP President Amit Shah.

Later in a tweet, he thanked the Bharatiya Janata Party leaders for the warm welcome.

Sources in the BJP say that Deol may get a ticket to contest the Lok Sabha election from Gurdaspur in Punjab that was earlier represented by actor-turned-politician Vinod Khanna.