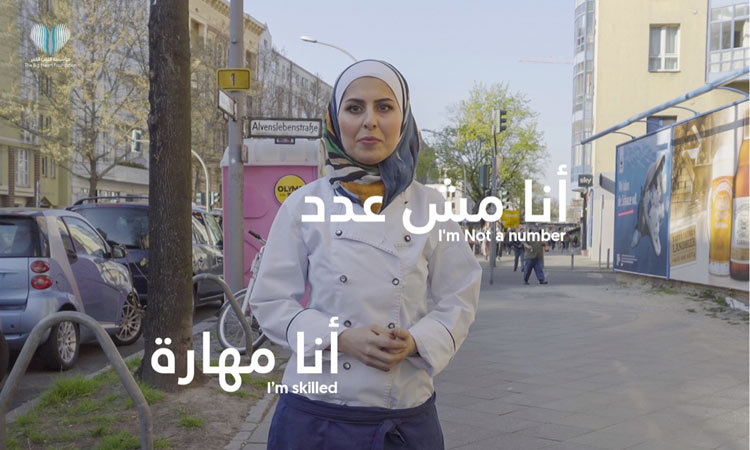 #NotANumber features inspiring success stories of refugees who live and work in Lebanon, Germany and Malaysia.

The Big Heart Foundation (TBHF), a Sharjah-based global humanitarian organisation dedicated to helping refugees and people in need worldwide, has launched a social media campaign with the hashtag #NotANumber. The community awareness campaign aims to drive a change in people’s perception about refugees – stop seeing them as a community defined by a ‘number’ or a socioeconomic pressure on host nations, to seeing them as individuals with aspirations and talents similar to those of non-refugees.

The campaign coincides with TBHF’s preparations to host the third edition of Sharjah International Award for Refugee Advocacy and Support, organised in collaboration with the United Nations High Commissioner for Refugees (UNHCR). It shares the award’s goal in paying tribute to individuals and organisations who have made real positive change in the lives of refugees or the internally displaced.

The campaign has made a presence on both print and visual media to raise awareness about the growing refugee crisis worldwide. The campaign has brought untold stories of refugees to light, who have not only reclaimed their lives in host nations around the world by finding avenues to utilise their talents and skills, but in doing so, are active contributors to the development process of these nations.

Mariam Al Hammadi, Director of TBHF, said: “The campaign is addressing a burning issue, trying to change existing perceptions about refugees; and reminds us to address the way we look at them. One should never forget that a refugee is someone who has been forced to abandon their home and flee their country. These are people with education and skills, that can tremendously benefit host communities. Not only that, their first-hand experiences in building lives in foreign lands are valuable lessons for us as we try to devise the most appropriate solutions for the refugee problem.”

She added: “TBHF’s projects in the Middle East and around the world have highlighted several success stories of refugees who lost everything, but hope. These stories make some of the worthiest materials to be shared with the world on social media. They are a powerful example of the human spirit, and will uplift and empower every life it touches – be it of an individual stuck in crisis or one living a peaceful life.”

#NotANumber features inspiring success stories of refugees who live and work in Lebanon, Germany and Malaysia. In these personal accounts, one sees the pride and confidence of these strong individuals.

Recently, The Big Heart Foundation (TBHF), a Sharjah-based global humanitarian charity dedicated to helping refugees and people in need worldwide, announced the launch of the third edition of the Sharjah International Award for Refugee Advocacy and Support (SIARA), in collaboration with the United Nations High Commissioner for Refugees (UNHCR).

The winner of the Dhs500,000 (US$136,000) will be awarded at a special honouring ceremony in Sharjah in May 2019. The award, launched in 2017 to recognise and celebrate the unsung heroes of humanity, has the patronage and support of His Highness Dr Sheikh Sultan Bin Mohammed Al Qasimi, Supreme Council Member and Ruler of Sharjah, and his wife, Her Highness Sheikha Jawaher Bint Mohammed Al Qasimi, Chairperson of TBHF and UNHCR Eminent Advocate for Refugee Children.

The award is dedicated to individuals and organisations who lead pioneering projects designed to alleviate the suffering of refugees, and IDPs in host nations encompassing the Asian and MENA regions. Also under the award’s purview are humanitarian efforts launched in communities affected by natural disasters, armed conflicts and poverty worldwide.

For the past two years, SIARA has been annually honouring an individual or organisation, who has implemented a food, health, or education-related initiative to create a tangible impact in responding to these immediate social needs of displaced families, and bettering their lives.

A joint TBHF-UNHCR committee will examine applications describing initiatives/programmes implemented in countries representing the Asian and MENA regions. Along with the premise of making positive impact, the entries are also evaluated according to the ‘sustainable benefits’ experienced by target groups.