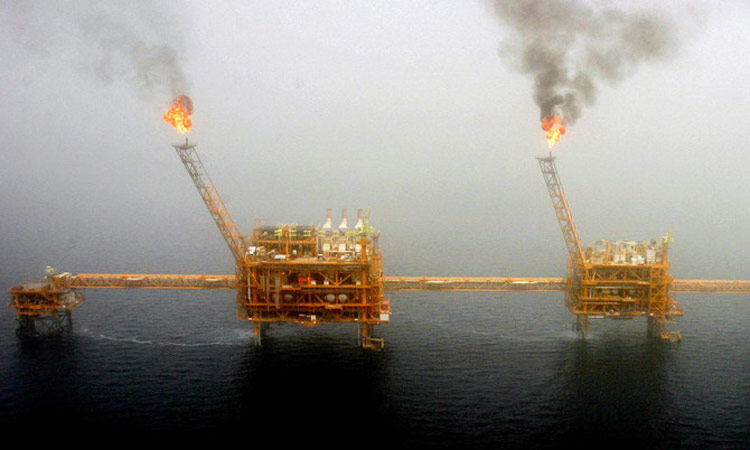 Gas flares from an oil production platform at the Soroush oil fields in the Persian Gulf, south of the capital Tehran. File photo/ Reuters

The United States is expected to announce on Monday that all buyers of Iranian oil will have to end their imports shortly or face sanctions, a source familiar with the situation told Reuters, triggering about a 3 per cent rise in crude prices.

The source confirmed a report by a Washington Post columnist that the administration will terminate the sanctions waivers it granted to some importers of Iranian oil late last year.

US President Donald Trump has been clear to his national security team over the last few weeks that he wants the waivers to end, and National Security Adviser John Bolton has been working the issue within the administration.

In November, the US reimposed sanctions on exports of Iranian oil after President Trump unilaterally pulled out of a 2015 nuclear accord between Iran and six world powers.

Washington, however, granted Iran’s eight main buyers of oil waivers to the sanctions that allowed them limited purchases for six months.

But on Monday, Secretary of State Mike Pompeo will announce “that, as of May 2, the State Department will no longer grant sanctions waivers to any country that is currently importing Iranian crude or condensate,” the Post’s columnist Josh Rogin said in his report, citing two State Department officials that he did not name.

On April 17, Frank Fannon, US Assistant Secretary of State for Energy Resources, repeated the administration’s position that “our goal is to get to zero Iranian exports as quickly as possible.”

An end to the exemptions would hit Asian buyers the hardest. Iran’s biggest oil customers are China and India, who have both been lobbying for extensions to sanction waivers.

South Korea, a close US ally, is a major buyer of Iranian condensate, an ultra-light form of crude oil which its refining industry relies on to produce petrochemicals.

Jeffrey Halley, senior market analyst at futures brokerage OANDA in Singapore, said the end to sanction waivers “could leave regional (Asian) heavyweights scrambling to find alternative supplies in the near term in what is already a very tight structural supply situation globally.”

Washington has a campaign of “maximum economic pressure” on Iran and through sanctions, it eventually aims to halt Iranian oil exports and thereby choke Tehran’s main source of revenue.

So far in April, Iranian exports were averaging below 1 million barrels per day (bpd), according to Refinitiv Eikon data and two other companies that track exports and declined to be identified.

That is lower than the at least 1.1 million bpd estimated for March, and down from the more than 2.5 million bpd before sanctions were reimposed last May.