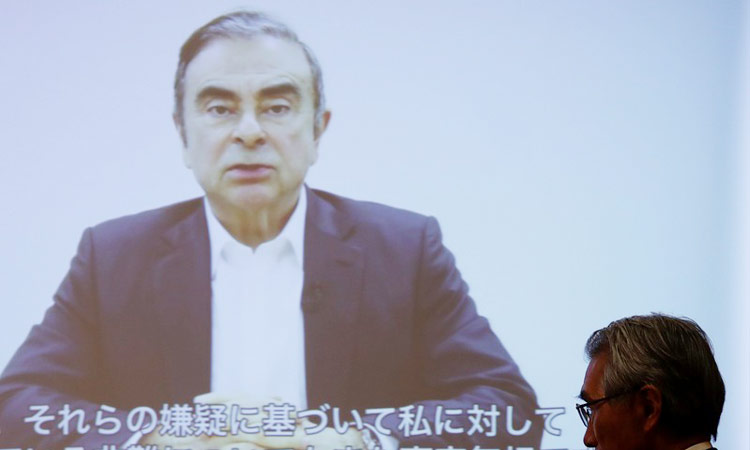 Public broadcaster NHK and local news agency Jiji Press reported that prosecutors filed the new indictment that paves the way for his legal team to apply for bail.

The 65-year-old strenuously denies all allegations against him and insists they have been cooked up in a “plot” by Nissan executives wary of his plans to bring the Japanese car giant closer to its French partner Renault.

Prosecutors are looking into allegations that Ghosn funnelled funds from Nissan to a dealership in the Middle East and siphoned off around five million dollars for his personal use.

Ghosn has already won bail once before — but under strict conditions such as agreeing not to leave the country and living under surveillance.

The rollercoaster case of the executive, once revered in Japan for saving Nissan from the brink of bankruptcy, has gripped the business world and shone a spotlight on the Japanese legal system that has come in for some criticism especially from abroad.

Japan’s justice allows authorities to keep suspects in custody for prolonged periods and trials almost always result in a conviction — sparking outrage from outside the country.

When Ghosn last won bail, he walked out of the detention centre in front of the world’s media dressed like a Japanese labourer with a cap and a face mask in an apparent attempt to give reporters the slip.

His wife Carole has also been questioned by prosecutors in Tokyo.

She has also denied any wrongdoing and been active in the media in recent days, writing an opinion piece in the Washington Post calling on US President Donald Trump to lean on Japanese counterpart Shinzo Abe to allow her husband to obtain bail.

Ghosn’s lawyers have expression reservations that he will receive a fair trial as 99 percent of all cases that come to trial end in a conviction.

The executive has gone from a life of luxury and private jets as he ran three huge car companies to a small cell.

He has already been stripped of his position on the board at Nissan and resigned from the head of Renault and the three-way alliance the two companies share with Mitsubishi Motors.

Carole Ghosn says she is concerned about her husband’s health in conditions in the Japanese jail that Ghosn himself said he would not wish on his “worst enemy.”

His lawyers in Paris have urged the French government to insist he be tried in France as a fair trial would “only be possible” there, according to them.