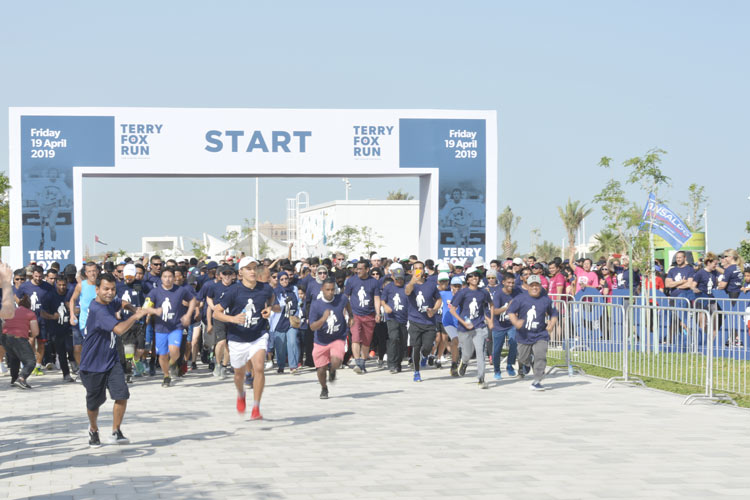 Held under the patronage of Sheikh Sultan Bin Hamdan Al Nahyan, Adviser to the UAE President, the annual Abu Dhabi run has become the largest single-day fundraiser for cancer research. Terry Fox’s legacy continues to inspire thousands of people to come together in support of his mission.

The Terry Fox Run honours the legacy of the young Canadian who lost his leg to cancer when he was just 18. While undergoing treatment, the passionate cross-country runner was struck by the suffering of other cancer patients, spurring him to take action by organising a charity run across Canada — the Marathon of Hope — in 1980. Fox passed away aged 22.