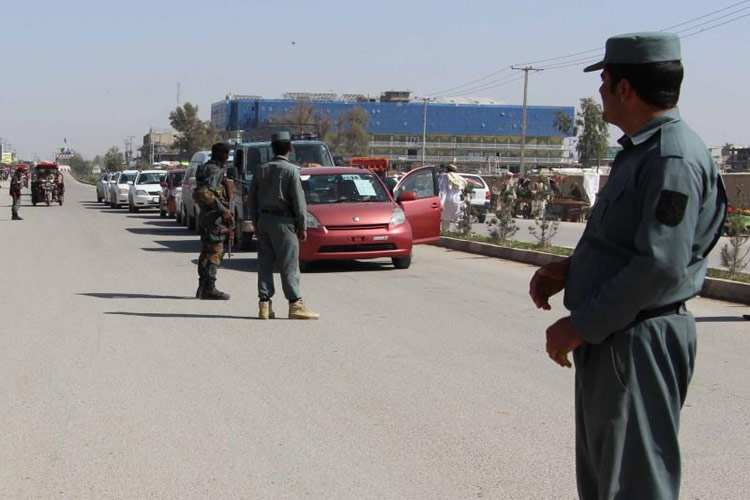 The Taliban now control or influence about half of Afghanistan and 3,804 civilians were killed there last year, according to a UN tally.

Hopes for a breakthrough in a push to end Afghanistan’s gruelling conflict suffered a major setback on Friday after a key summit between the Taliban and Afghan officials was indefinitely postponed.

The so-called intra-Afghan dialogue, due to take place in Doha this weekend, fell apart at the last minute in a row over the large number of delegates Kabul wanted to send.

The collapse comes at a critical time and amid continued bloodshed. The Taliban now control or influence about half of Afghanistan and 3,804 civilians were killed there last year, according to a UN tally.

Washington, which is leading an effort to end the war, signalled its disappointment and urged both sides to return to the table, though organisers gave no hint about when the conference might be rescheduled.

Sultan Barakat, who heads the group that was to host the event, said in a statement the postponement was “necessary to build further consensus as to who should participate.”

“Clearly the moment is not yet right,” added Barakat, the director of the Center for Conflict and Humanitarian Studies.

President Ashraf Ghani’s administration had on Tuesday announced a list of 250 people from all walks of Afghan life, including government figures, who it wanted to send to Doha.

But the Taliban poured scorn on the lengthy list, saying the conference is “not an invitation to some wedding or other party at a hotel in Kabul.”

Though the insurgents insisted they would only talk to Ghani’s government in a “personal capacity”, any contact between the two parties in Doha would have been hugely significant, especially at a time when Afghanistan is being ripped by fresh violence after the Taliban announced their annual spring offensive.

Kabul blamed the Qatari government for the summit’s derailment. In a statement, the presidential palace said Qatar had rejected the long list of delegates and suggested a shorter one which was “not acceptable.”

The Taliban issued a statement on Friday saying they were infuriated that Kabul had sought to portray the meeting as a summit between them and the government, and that the list of 250 delegates was “lopsided” and “an inappropriate undertaking.”

Analyst Michael Kugelman of the Wilson Centre in Washington said the breakdown illustrated the tough path ahead for peace.

The conference “mess and its dysfunction amplifies just how much of a long, hard slog a reconciliation process will be,” he told AFP.

“If an event billed as a mere informal ice-breaker causes so many problems, imagine what could happen when it’s time to put something more formal together.”

Even some of those Ghani said would attend dropped out, slamming the guest list as rigged to politically strengthen the president, who faces delayed elections in September.

The Doha summit was separate from ongoing direct talks between the Taliban and the US.

While the insurgents did meet with Afghan politicians outside the government in Moscow in February, they have steadfastly refused to meet with Ghani and his administration, which they view as a puppet regime.

US Special Representative to Afghanistan Zalmay Khalilzad said he was “disappointed” the summit had been postponed.

“We’re in touch with all parties and encouraged that everyone remains committed to dialogue,” the envoy wrote on Twitter.

“I urge all sides to seize the moment and put things back on track by agreeing to a participant list that speaks for all Afghans.”

Barakat said both parties had undertaken “tireless and well-intentioned” efforts to find a way for the summit to proceed, but ultimately a “shared understanding on how to achieve inclusivity couldn’t be reached.”

After US-Taliban talks in February, Khalilzad announced a “draft framework” for a peace deal, though he warned major hurdles remain.

Meanwhile, Afghanistan’s former president Hamid Karzai said that peace in his homeland, ravaged by more than 17 years of war, will only be possible when Afghans from all sectors of society sit together and negotiate — including the Taliban.

Karzai expressed disappointment that a scheduled gathering for Afghan-to-Afghan talks in Qatar was postponed indefinitely after a falling out over who should attend.