Not much excitement seen in second phase of LS polls - GulfToday 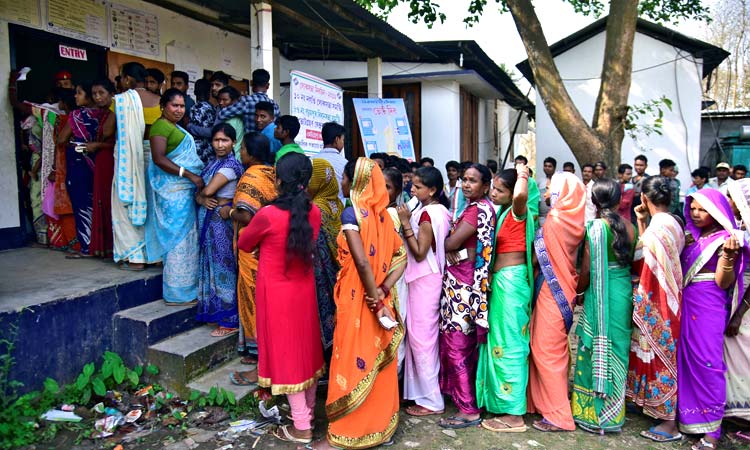 People wait in queues to cast their votes outside a polling station in Hojai district, Assam. Anuwar Hazarika/Reuters

An overall national turnout of 61.62 per cent is not exciting for the ruling party or the opposition, poll watchers said on Thursday as polling closed.

A partial voting need not be a key indicator, but the question arises why turnout was moderate.

An example is Maharashtra, the BJP-ruled state where it has a tie-up with the Shiv Sena, a party with a solid cadre base. 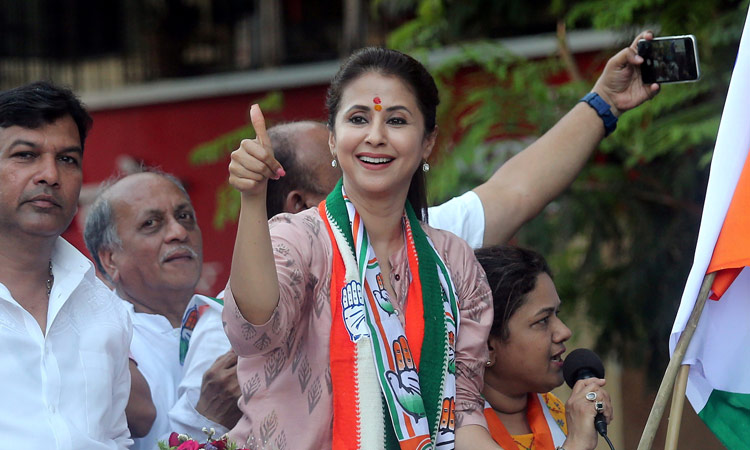 One interpretation is that voters are not particularly excited about this election, the experts said, highlighting that the indications hold negative signals for both the BJP-led NDA and the Congress and other opposition parties.

None of the parties were able to mobilise voters significantly.

However, they cautioned it is too early a feeling as five more rounds are scheduled. Only 8 of 80 seats voted in UP on Thursday.

Bengal found the highest percentage of voting on Thursday at 75.27.

The figures are primary and would be updated on Friday, Election Commission officials said.

Citing the examples of Chopra in Darjeeling and Raiganj, Roy said voting only began much later in Chopra and only after the central forces arrived.

Clashes between BJP and Trinamool workers were reported from Chopra.

CPM leader Mohammed Salim’s car was attacked near a polling booth in Raiganj. Some unidentified men hurled stones at his car.

Tamil Nadu reported bad EVMs (electronic machines) and EC admitted that 305 of them were replaced.

Urban constituencies including Bengaluru's four seats saw limited polling in Karnataka. Except for Bengaluru Rural which saw 59 per cent, all other seats had below-50 per cent voting. Of the 28 seats in the state, 14 voted on Thursday. Hassan and Mandya crossed 70 per cent.

"I am sure all those whose seats are polling today will strengthen our democracy by exercising their franchise.

Outside another station, a 55-year-old man said he would not vote. "Our leaders have called for the boycott of all Indian elections," he said.

But in many constituencies across India, men and women lined up from the early morning.

More than 157 million of the 900 million electorate were eligible to cast ballots on the second of seven days of voting.

Modi has put national security at the centre of his campaign to secure a second five-year term.

While seen as the favourite, he faces an increasingly tough challenge from opposition Congress party leader Rahul Gandhi.

Gandhi has gone on a relentless attack against the economic record of Modi's Hindu nationalist Bharatiya Janata Party (BJP).

Thousands of candidates from more than 2,000 parties are competing for 543 seats in parliament. The last vote is on May 19 and final results will be released on May 23.

PM Modi (C) recieves a gift of a model cut-out of the Indian Parliament House during his rally in Amreli on Thursday. Sam Panthaky/ AFP

Rahul Gandhi (C) smiles while he receives a momento depicting different articles used for farming during a political rally in Ahmedabad on Monday. Sam Panthaky AFP

An elderly Indian Muslim couple display their ink-marked fingers after casting their vote at a polling station in Chennai on Thursday. Arun Sankar/ AFP

Indian nuns display their ink-marked fingers after casting their vote at a polling station in Chennai on Thursday. Arun Sankar/ AFP

A woman holds a child as she casts her vote at a polling station in Hojai district in Assam on Thursday. Anuwar Hazarika/ Reuters

Voters line up to cast their votes outside a polling station in Amroha, UP on Thursday. Anushree Fadnavis/ Reuters

An Indian woman walks amidst security personnel at a polling booth after casting her vote in Bangalore on Thursday. Manjunath Kiran/ AFP

"I am sure all those whose seats are polling today will strengthen our democracy by exercising their franchise," Modi tweeted as polls opened.

At a college in Agra, less than two kilometres (a mile) from the Taj Mahal, dozens of voters waited in line as polls opened.

"I voted because it's my right, it's my right to choose a good candidate," said 32-year-old tour guide Yusuf Ali.

"For us, it's the development, the education, the employment, that's the main criteria for us," he told AFP.

Modi and the right-wing BJP swept to power in a 2014 landslide with their promise of "achhe din" ("good days").

He has simplified the tax code and made doing business easier.

But despite growth of about seven percent a year, Asia's third-biggest economy has not provided enough jobs for the roughly one million Indians entering the labour market each month.

And in rural areas, thousands of indebted farmers have killed themselves in recent years.

Gandhi fired back in an interview with The Hindu daily, published Thursday, saying Modi's party had sought to "divert the narrative of this election by making national security their key election narrative."

"The fact is that the biggest national security issue is unemployment," he said.

Gandhi, seeking to become the fourth member of his family to take the prime minister's office, has pledged to end abject poverty by 2030 and give cash transfers to 50 million families.

The BJP has promised a $1.4-trillion infrastructure blitz to create jobs.

There have been repeated allegations of vote-buying in the run-up to the poll, and voting in a constituency in the southern state of Tamil Nadu has been cancelled altogether after $1.5 million in cash was seized by authorities.