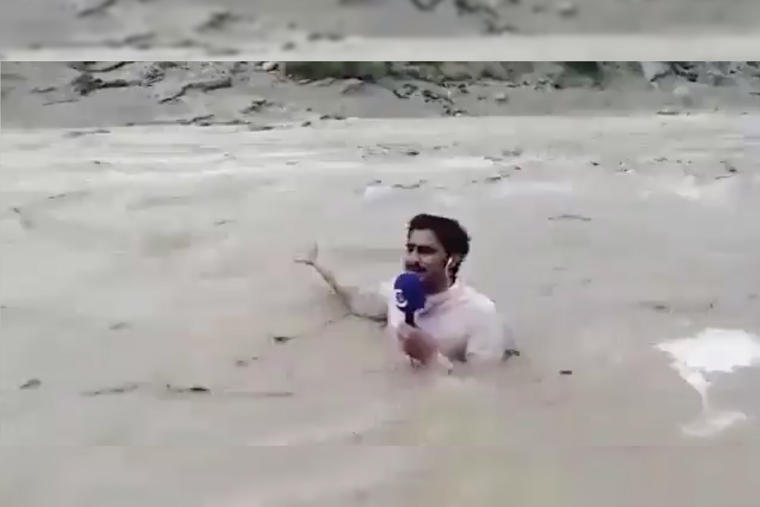 A video grab shows the TV journalist reporting from floods.

A Pakistani TV reporter’s video has gone viral in a couple of hours with his passionate reporting of the floods from inside a flooded river in Pakistan. The reporter could be seen half submerged, reporting live back to the studio of the flooding in Bulochistan province.

Journalist Naila Inayat shared the video on Twitter. She sarcastically captioned the clip, “Producer: Bring me a news story that no other channel has. Reporter: (comes the flood video)

Twitterati Kruti Version 35.0 said, “He has immersed himself into journalism.”

The floods have killed at least 49 people, damaging more than 100 houses since the beginning of April in parts of Pakistan, officials said on Wednesday.

The toll included 15 deaths since Monday. Most of the casualties were caused as roofs and walls of several houses collapsed due to unseasonal rain and hail.