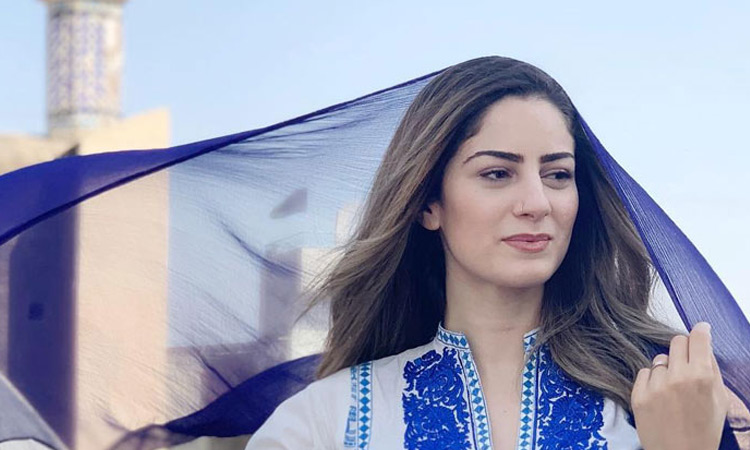 Assma Gulata poses for a photo during her visit to Masjid Wazir Khan in Lahore. Instagram photo

A first information report registered at the Sihala police station of Islamabad quoted the woman, identified as Lahore-based Assma Gulata, saying she was in Bahria Town when two men in a car began “harassing me, telling me to get into the car.”

“When I told them to leave me alone, they started laughing. They blocked me from getting into my Uber and then followed my Uber from Bahria Town to Islamabad, trying to block the driver and even asking the driver for my drop-off location,” she stated. Because they were following her, she said, she had to change her drop-off location and hide in a nearby mall until she thought they had gone. “Then I went to my AirBnB,” she said, adding that she had their vehicle details and a video of them as proof.

Assma, who’s been living in Pakistan for the past five months has now released a video explaining what happened and says she was victim-blamed after the incident even though she was dressed “modestly” in a long sleeved kurta and long pants. It’s unfortunate that she has to even mention these details because we all know, sexual harassment or assault has nothing to do with what you are or aren’t wearing.

And Gulata reiterates that: “It’s not just about me or my kids, it’s about all my sisters, all these stories I hear from women who were sexually harassed or abused by men and it goes unreported because then they blame the woman. ‘Why were you travelling alone?’ ‘Why were you not with a man?’ ‘Why was your hair not covered?’ I’m sorry but I’ve had friends and followers, who were performing Umrah and Hajj, fully covered, wearing a loose abaya and they still got sexually harassed. Clearly, it’s the men we need to hold accountable.” 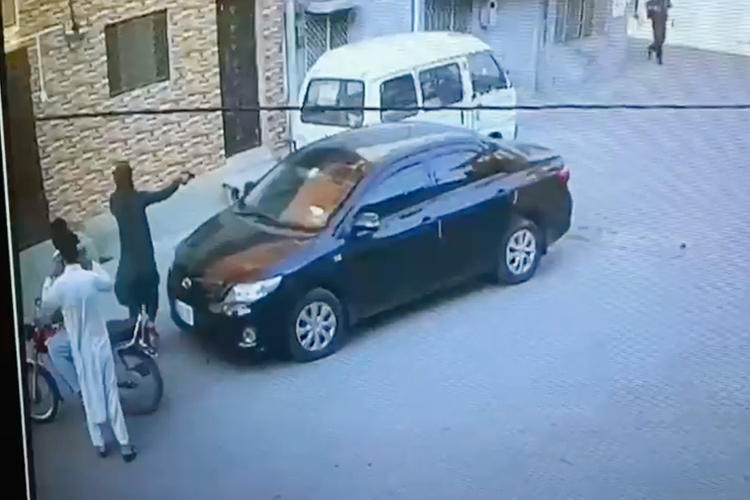 VIDEO: Man shot at in a daring daylight robbery attempt in Pakistan

In a bizarre incident, three youth on a motorbike rained bullets on a motorist in broad daylight in Rawalpindi, sending shock waves across the community.