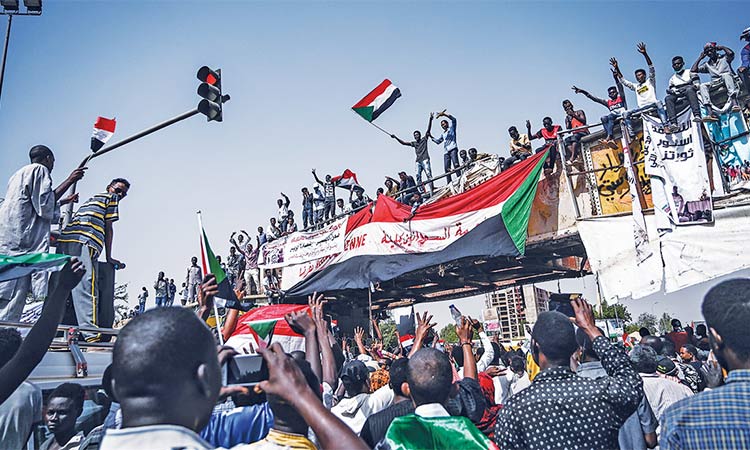 Protesters wave flags and shout slogans outside the army complex in Khartoum on Wednesday. Agence France-Presse

The significance of the transfer of Bashir, who exited last after four months of street protests against his 30-year rule, was not immediately clear.

The military has said it would not extradite him to the International Criminal Court (ICC) to face charges of war crimes and genocide in the region of Darfur, but would instead put him on trial at home.

However, it did not rule out that a subsequent civilian government could someday hand over Bashir to the ICC.

While moving Bashir to a prison may be the military giving in to protesters’ demands, it could also be an attempt to get him away from the proximity of the street protests underway outside the army headquarters in Khartoum, where he had been held since the dramatic events of last week.

A former Sudanese minister said that Bashir had remained “under house arrest” at the presidential residence inside the army headquarters’ compound, a location the military described earlier as a “safe place.”

He was moved to Kopar Prison late Tuesday, according to the ex-minister.

A military official confirmed the statement. Both spoke on condition of anonymity.

Meanwhile, hundreds joined a march by doctors and health workers towards the sit-in outside the army headquarters, which has become the epicentre of the popular uprising in Sudan.

Many wore white coats, waved Sudanese flags and chanted: “Freedom, peace, justice and the revolution is the people’s choice.”

Aya Abdel Aziz, a 22-year-old medical student, said she decided to join the march, which started from the University of Khartoum, to press for women’s rights as well as handover of power to the people.

“Our demand is that women have representation in the transitional civilian council,” she said.

The Sudanese Professionals Association, which is behind the protests, called on the military council to hand over power to a transitional civilian government that would rule for four years.

The group fears that the army, dominated by Bashir appointees, will cling to power or select one of its own to succeed him.

Oryem, who did not address the fact that Bashir is in custody, said the ex-president had played a crucial role in efforts to achieve peace in neighbouring South Sudan, which declared independence from Sudan in 2011 following decades of civil war.

Bashir is one of the guarantors of the fragile peace deal between South Sudan’s warring factions. For years, Ugandan President Yoweri Museveni, in power since 1986, had a difficult relationship with Bashir, who was accused of supporting rebels opposed to Uganda’s government.

After South Sudan’s independence, which Museveni supported, the two appeared to reconcile, and Museveni has criticized the ICC for indicting Bashir.

Also on Wednesday, Sudanese rebels declared a unilateral, three-month cease-fire in areas under their control in the country’s southern Blue Nile state.

Abdelal-Aziz Adam Al Hilu, head of Sudan People’s Liberation Movement in the south, said the cease-fire was a “gesture of goodwill,” aimed at giving the military a “chance for a peaceful and quick transfer of power to civilians.”

Fighting in the Blue Nile state has been raging for years between Bashir’s government forces and the rebels, who were left on the northern side of the border after South Sudan’s independence.

Protest leaders have called for the country’s new leaders to tackle corruption and hold former officials to account.

The TMC ordered the “suspension of the transfer of ownership of any shares until further notice and for any large or suspect transfers of shares or companies to be reported” to authorities. 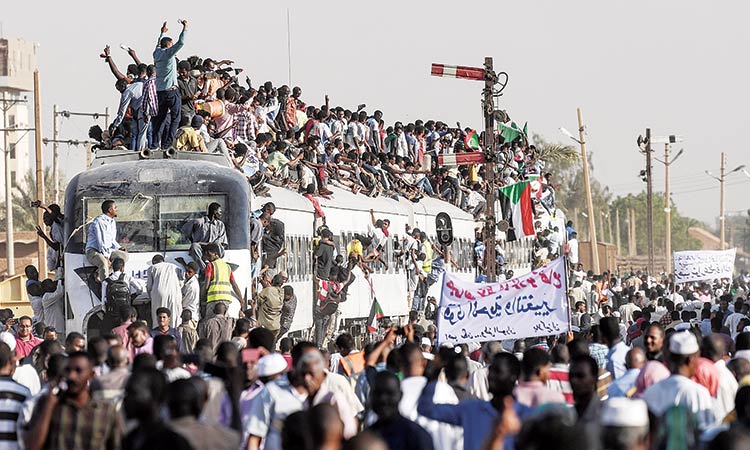 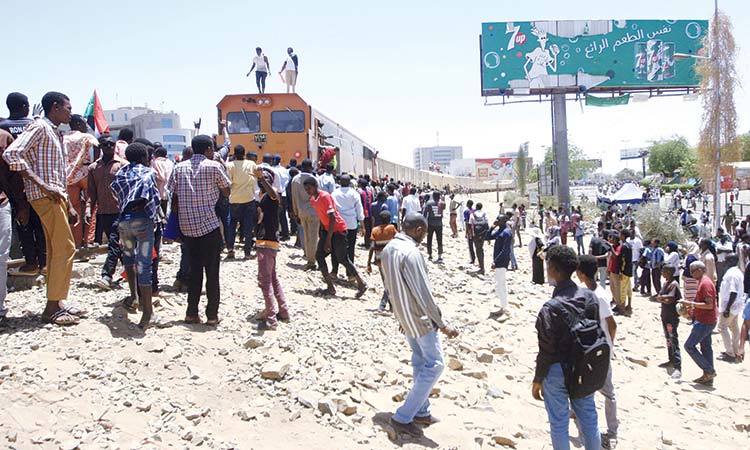