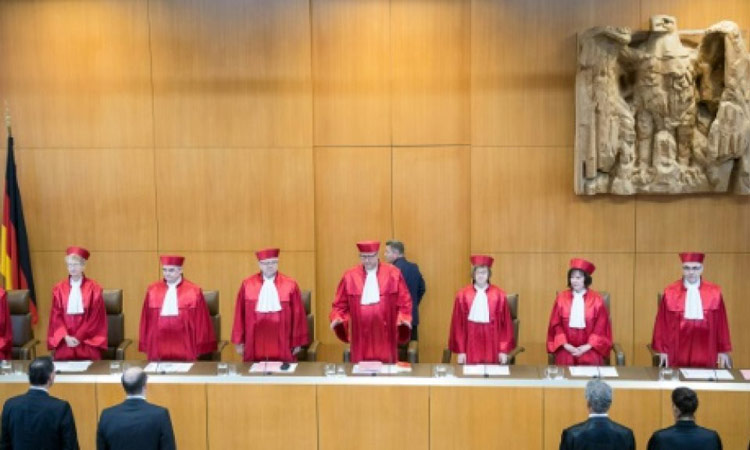 Lawmakers had passed the so-called Paragraph 217 in November 2015, which penalises anyone who turns assisted suicide into a professional service — with or without payment.

But a Leipzig administrative court’s ruling two years later, in 2017, raised questions about the law, as judges found that in extreme cases, the authorities could not refuse life-ending medication to terminally ill patients.

The contradictory signals have fuelled renewed debate on an issue that has huge resonance in a fast-ageing country where the Church still exerts strong influence.

It is also a particularly sensitive subject as the Nazis had used what they called “euthanasia” to exterminate around 200,000 disabled people.

From Tuesday, the Federal Constitutional Court will begin considering the latest challenge brought by six plaintiffs — among them terminally ill patients, doctors and associations that provide support to people seeking assisted suicide.

In practice, the 2015 law means that a husband who helps his terminally ill wife to die would not be prosecuted.

But an association or a business that repeatedly offered to help people die would face prosecution.

The situation is also not so clear-cut for doctors who prescribe deadly cocktails to patients.

In their case before the constitutional court, the patients argue that their general personal right extends to their right to a self-determined death.

The medical practitioners are meanwhile seeking legal certainty in cases when they are required to prescribe palliative medication.

Doctor Matthias Thoens told news agency DPA that since the law came into force, he has been worried he could be charged if any of his patients were to abuse the palliative drugs he had prescribed.

“If someone took his own life without my knowledge or will, I’d be the subject of an investigation,” he said.

But he said he had brought the challenge also because he felt it would be “criminal to leave such patients on their own.”

As his fellow plaintiff and doctor, Michael de Ridder, wrote in the Die Zeit weekly: “There is not only a right to life, but also a right to self-determined death.”

The associations among the plaintiffs meanwhile charge that the law has essentially also banned them from being there to support their members in their last days.

Ahead of the hearing, the Catholic Church piled on the pressure, with Berlin’s Archbishop Heiner Koch warning the court against “shifting the value system” in Germany.

The court should “send a strong signal for the protection of lives,” he told the Funke newspaper group.

Amid the controversy, the authorities were also waiting for the court to deliver clarity.

Since the Leipzig court’s ruling in 2017, more than 100 applicants have written the Federal Institute for Drugs and Medical Devices for medication to end their lives.

Under Health Minister Jens Spahn’s order, none of the applications has been approved pending the latest court challenge.

“Anything else would mean that bureaucrats, or in the end I as a minister, would decide who gets to die with state help and who doesn’t,” Spahn told the Frankfurter Allgemeine Zeitung daily.

Euthanasia is officially legal in only three countries in Europe — the Netherlands, Belgium and Luxembourg — but others allow or tolerate a form of assisted suicide.

In Switzerland, as well as in the US states of Vermont, Oregon and Washington for example, assisted suicide is legal.