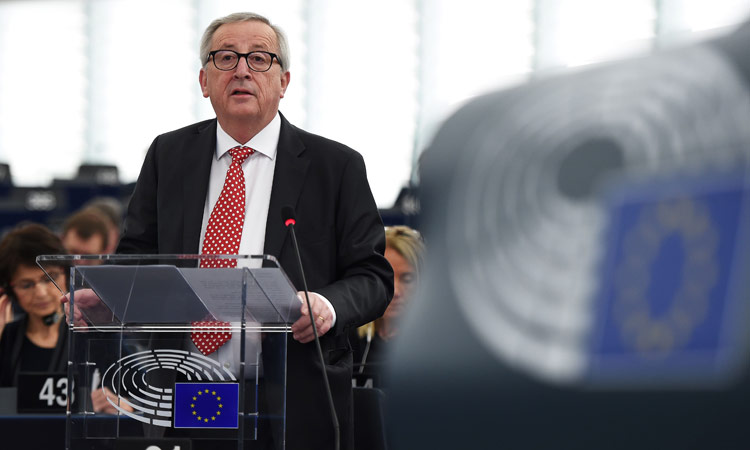 : Juncker speaks during a debate on UK’s withdrawal from the EU during a plenary session at the European Parliament on Tuesday in Strasbourg, France. Frederick Florin/ AFP

The EU is on a break from Brexit and will focus on other policy matters, European Commission President Jean-Claude Juncker said in a speech on last week’s Brexit summit to a plenary of the European Parliament in Strasbourg.