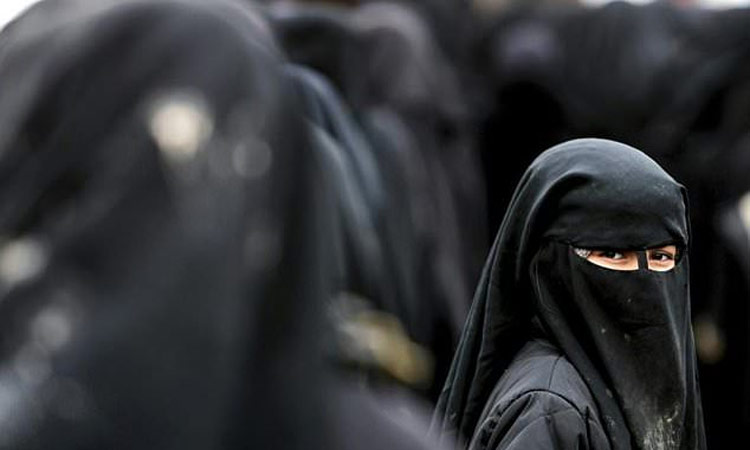 The three surviving children of extremist Khaled Sharrouf and his wife Tara Nettleton are in the Al-Hol camp in northeastern Syria and want to return to Australia after being taken to the Middle East by their parents in 2013.

After two failed attempts to find the children over five years, Karen Nettleton was finally able to locate them after a phone call in March from 16-year-old granddaughter Hoda Sharrouf, national broadcaster ABC reported.

Nettleton then searched for the orphans in the muddy alleyways of the camp, which is home to up to 100,000 people displaced from the fight against Daesh, before finding them in a reunion broadcast late on Monday.

“I’ve missed you. I’ve missed you,” Hoda Sharrouf told Nettleton as she emerged from a tent, her hands trembling. “Please don’t leave.”

The pair embraced, and Nettleton told her granddaughter, “Hoda I’m here ... I missed you so much too.”

Nettleton has long fought for the children to be brought home but had previously been rebuffed by authorities, with Prime Minister Scott Morrison saying he did not want to put Australian lives at risk.

She is still uncertain about how she will get the children — 17-year-old heavily pregnant Zaynab, Hoda, their eight-year-old brother Hamzeh, and Zaynab’s two young children Ayesha, three, and Fatima, two — out of the camp, saying she was frustrated by negotiations with Canberra.

“We don’t get a yes or no answer... all they’ve said is that once we get to Turkey, they’ll give us all the help that they can,” Nettleton told the ABC.

Zaynab Sharrouf said they had wanted to return home “for a very long time” but had been fearful of rumours in the camp of those attempting to leave being caught, raped and tortured.

“We weren’t the ones that chose to come here in the first place... And now that our parents are gone, we want to... live a normal life,” she said.

Khaled Sharrouf — the first Australian to have his citizenship stripped under anti-terrorism laws — made international headlines in 2014 when he posted an image on Twitter of one of his sons holding a severed head.

He is believed to have died in a 2017 American air strike alongside two sons, while Tara Nettleton reportedly died in 2015.

Morrison said on Tuesday his government was “working quietly behind the scenes with the International Red Cross” over the fate of the children.

A foreign affairs department spokeswoman told AFP it was in “close contact” with Karen Nettleton but would not comment further due to the “complex and fluid situation,” and for security reasons.

The fate of foreign fighters and their families has become a significant problem for governments as the conflict against Daesh draws to a close.